Who Is Enthusiastic About Voting?

Many other demographics say they are as enthusiastic as usual about this November’s contests.  Sixty percent of Republicans and voters who supported President Donald Trump, 58% of Independents, 57% of Union Voters, 55% of Gun Owners, 54% of voters over 45 years old, and 52% of men say they are as enthusiastic this year as they have been about previous Congressional elections.

It is not surprising that Democratic voters and those who did not support President Donald Trump are more enthusiastic to turnout this year: that’s usually the case with the party out-of-power in a Midterm Election.  Republicans, just 28% of whom are more enthusiastic about voting this year, must find ways to counter the excitement that exists now on the other side. 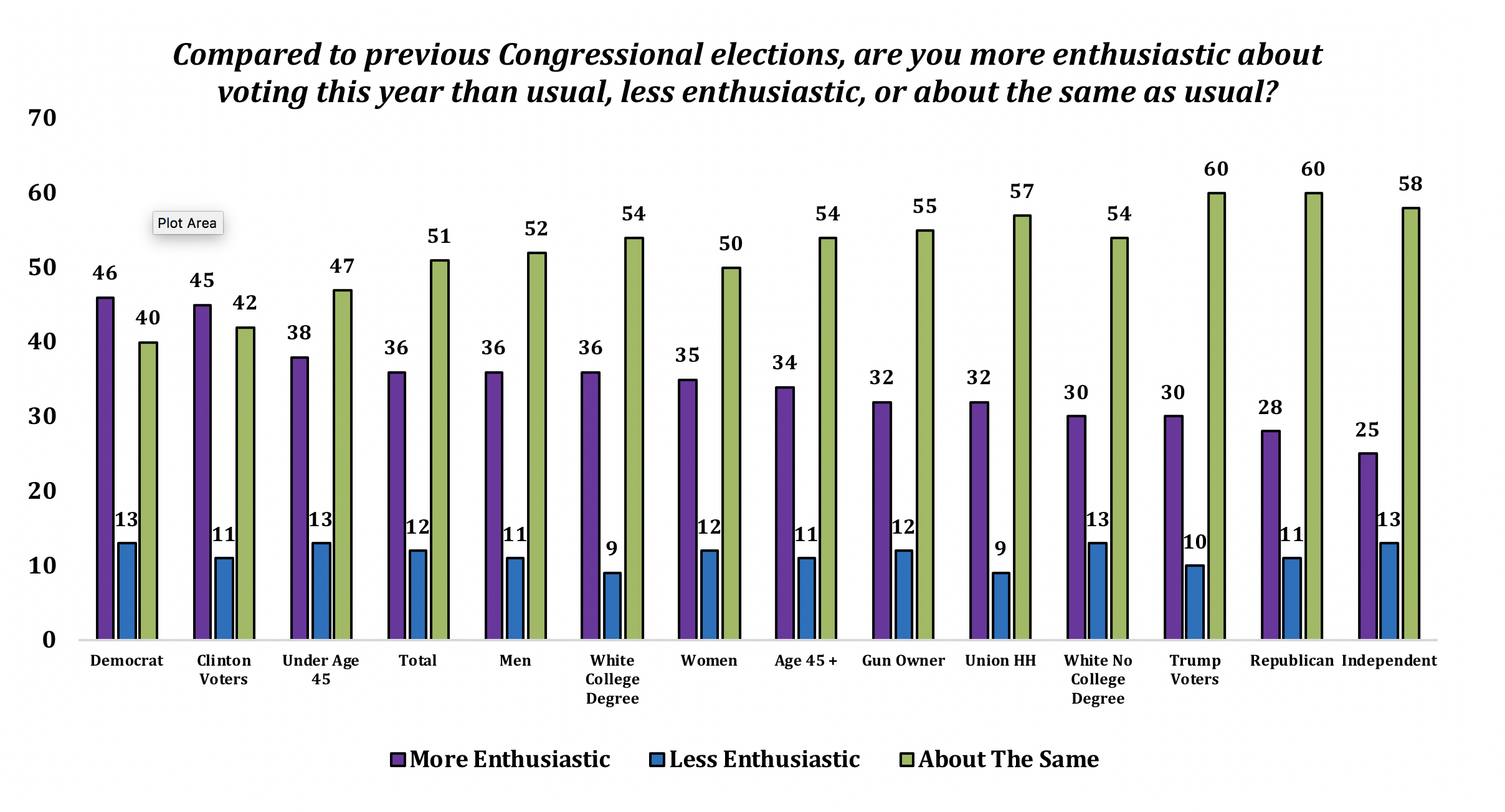