A few weeks ago, many were writing Joe Biden’s political epitaph, but his strong showings, first in South Carolina Saturday and then on Super Tuesday has earned him the title of “Come-Back Kid.” What changed for the former vice president’s campaign? He won over voters who decided their vote late, especially on Super Tuesday after the departures over the weekend of Pete Buttigieg and Amy Klobuchar and their subsequent endorsements of Biden Monday. 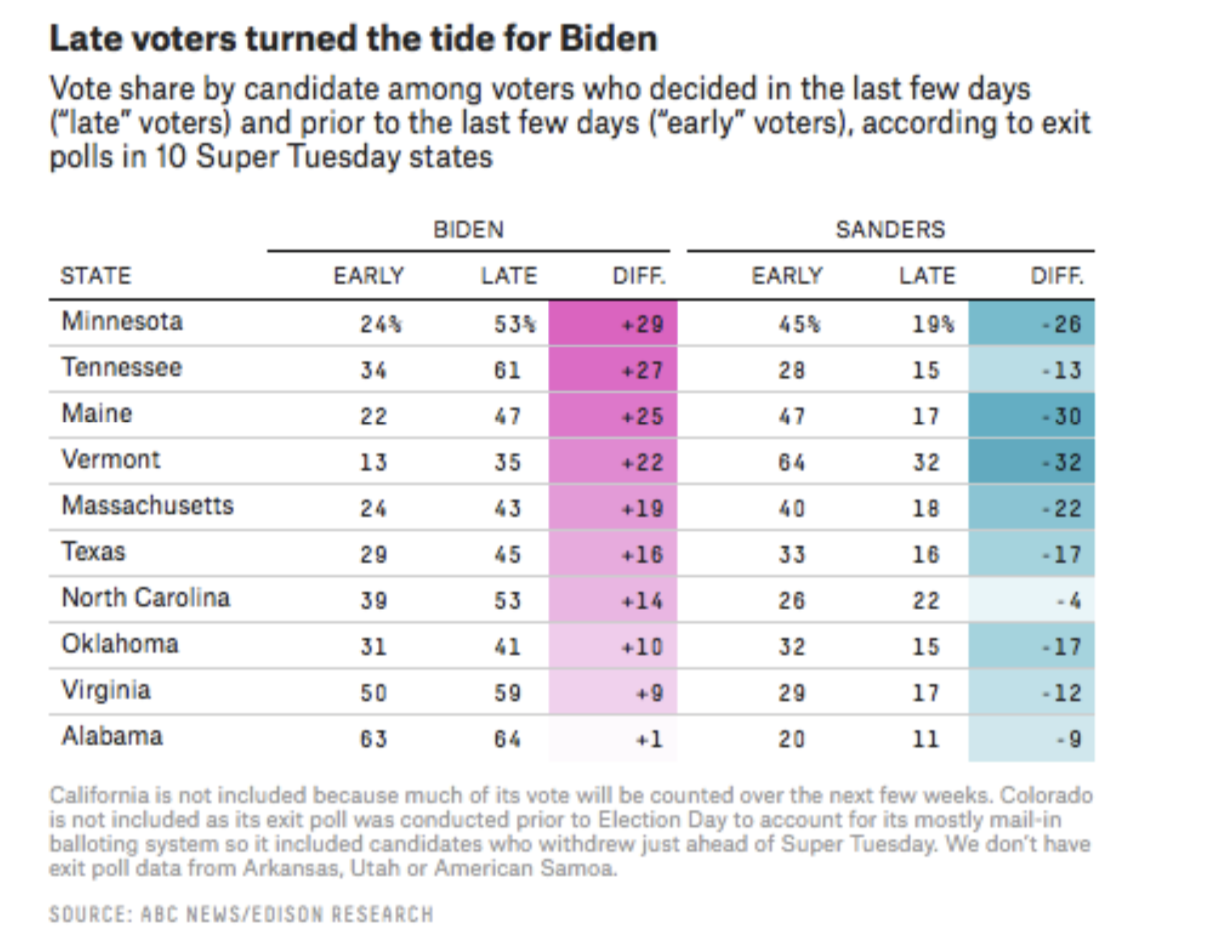 There is still time left in the primary for Mr. Sanders to reclaim his lead but after a series of candidate withdrawals from the race and a surge in late support, Mr. Biden has the momentum going into the next round of primaries. Should he win the nomination, South Carolina will be seen as the turning point and Super Tuesday as when he gained critical mass.