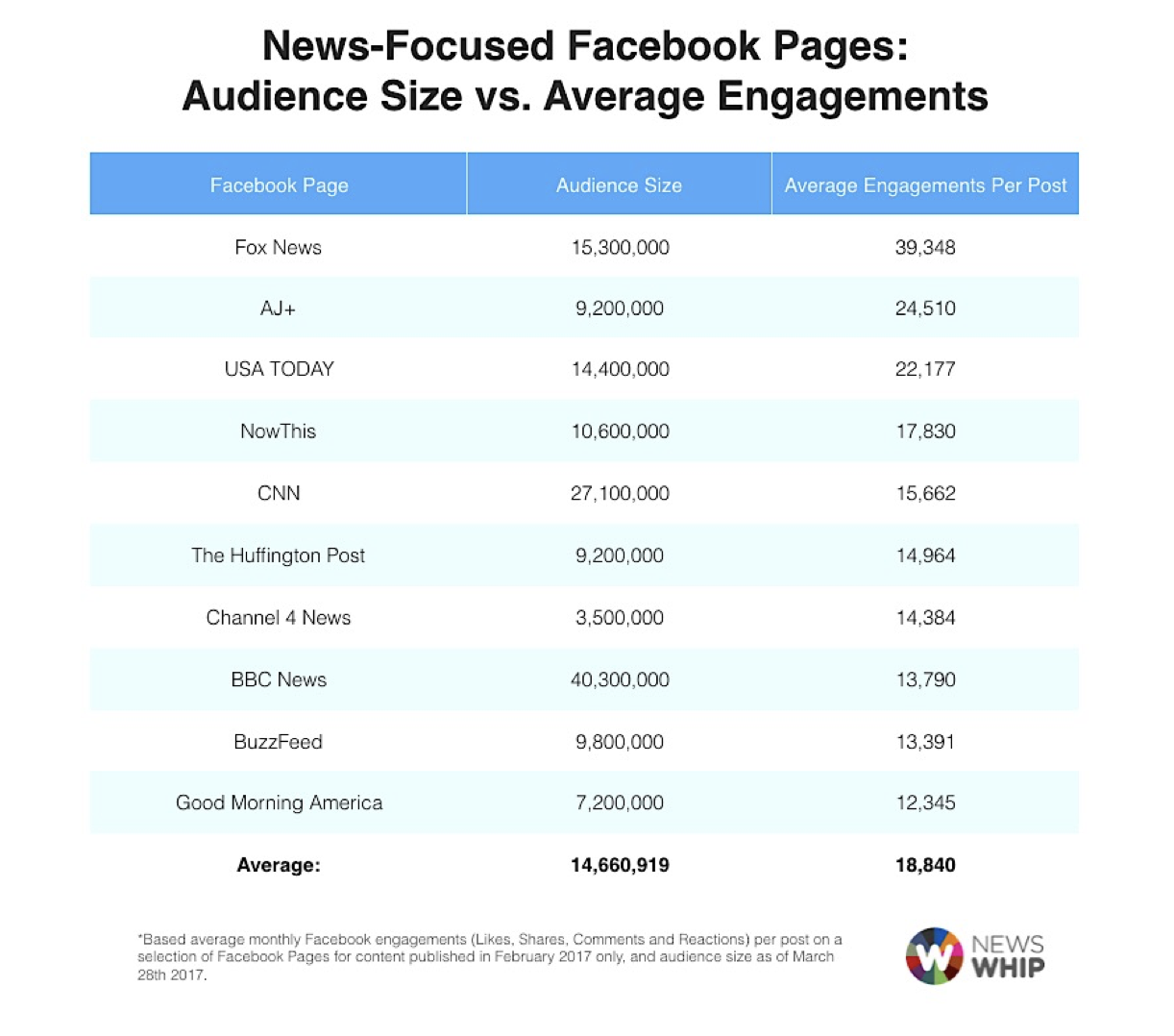 NewsWhip also found audience size did not influence a Facebook Page’s engagement.  Fox News had a smaller audience (15,300,000) than several Facebook Pages with smaller engagements per post.  CNN (27,100,000) and BBC News (40,300,000) eclipsed Fox News in audience size, but ranked near the bottom on engagements per post.  Key to increasing and sustaining engagement, per NewsWhip, is creative content.  Politicians and others looking to grow their online brand should remember a large list may be impressive, but a participating audience actively engaged with the message is more valuable.