American Concern Over Crime & Violence at Highest Level Since 2016

Just over a year into Democratic control in Washington and after new leadership was installed at the Justice and Homeland Security Departments and immigration policy was relaxed, recent polling by Gallup shows that worries among Americans about crime have reached their highest levels since 2016. 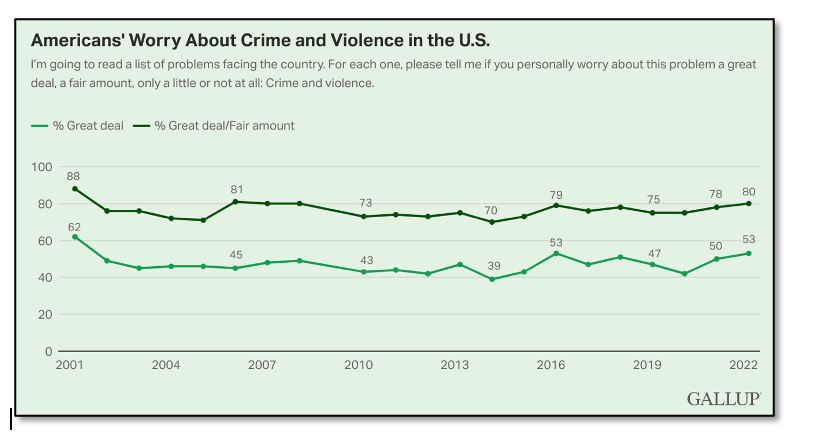 The reasons are many – including crime back on the rise, the failed policies of the Biden Administration, the porous Southern border, fentanyl-filled communities, and police again concerned they have a president who doesn’t have their backs – but it’s clear Americans are worried about crime and violence. Republicans should face this issue by focusing on why crime and violence have risen to be an issue in the minds of voters and describe how a Republican majority will bring about constructive change.

Polling News
With roughly seven months until the midterm election, Americans believe economic issues are the most important problem the country faces. ...
Read More
Share on:
“
Absolutely right - America has a vital interest in seeing out him defeated and Ukraine victorious. https://t.co/E9P2GQtRP3
”