Pete Buttigieg ($7.1 million), Elizabeth Warren ($6 million), Amy Klobuchar ($5.2 million), and Cory Booker ($5 million) all held their own, but the remaining candidates raised much less.  Kirsten Gillibrand ($3 million), Jay Inslee ($2.3 million), John Hickenlooper ($2 million), and Tulsi Gabbard ($2 million) all raised under $5 million. Julian Castro had the most disappointing quarter with only one million dollars, a smaller haul than less-viable politicians like Andrew Yang and Marianne Williamson. 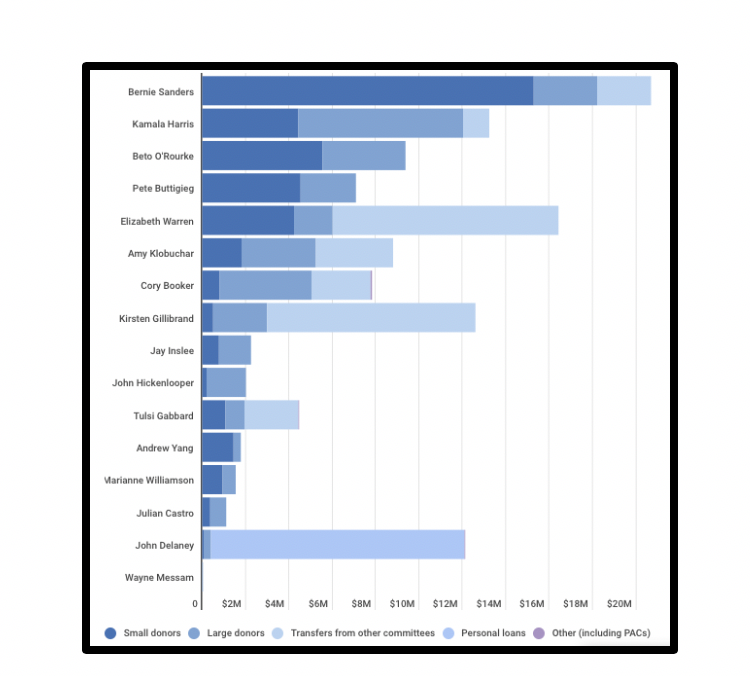 Early money does not predict the winner, but shows support, organization, and ability to last for the long haul.  While some of these numbers are impressive, every Democrat lags behind the Trump campaign’s $30 million quarter and the numbers both Barack Obama ($25.7 million) and Hillary Clinton ($45 million) raised in their first quarter in 2008 and 2016, respectively.