Political Fundraising During The New Normal

The COVID-19 pandemic has put a halt to most campaign activity, suspending rallies, ending in-person meet and greets, and making it difficult to knock on doors and talk to voters one-on-one.  But has the pandemic affected political fundraising?  First quarter report data from the Federal Election Commission compiled by Fivethirtyeight.com found that while fundraising for candidates dropped in February when the social distancing first began, it remained flat for political committees and actually increased for political action committees (PACs).

Concerns over the economy and national health likely affected donors at the end of the fundraising quarter when most campaigns schedule their end-of-quarter pushes with events and chase calls.  But small dollar fundraising does not seem to have been deeply affected.  The Trump campaign announced that its March fundraising was only slightly lower than its February performance, highlighting the potency of the president’s grassroots base and the importance of small dollar mobilization.  As campaigns push forward with fewer in-person fundraisers and donor meetings, those who’ve previously invested in building small dollar donor bases may fare better. 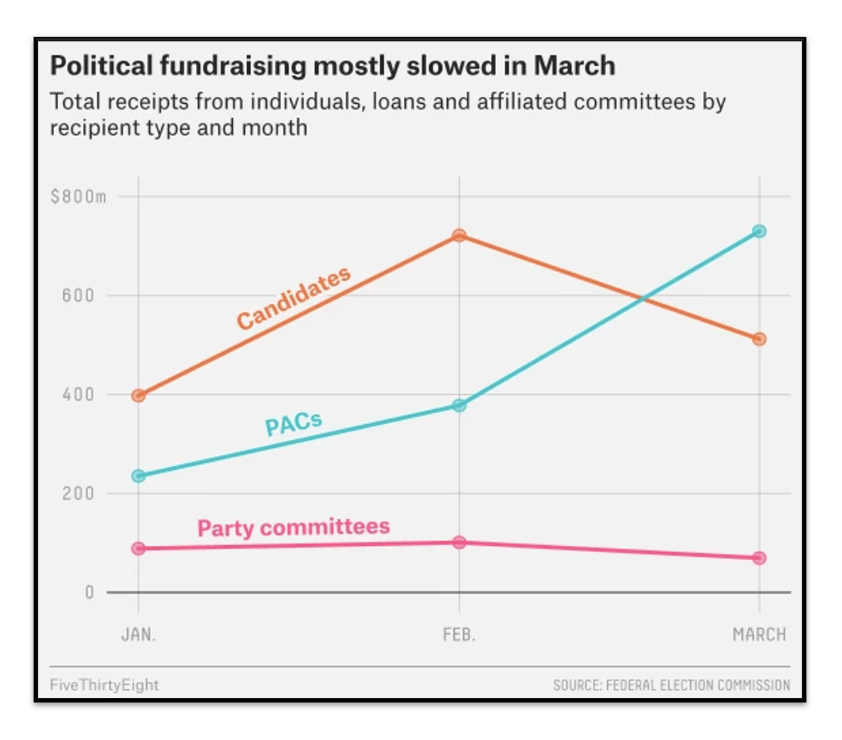