Americans are split, 48%-48%, on the “tariff – a tax – on steel and aluminum that is imported to U.S. from other countries”, that President Donald Trump announced last month, according to a SurveyMonkey poll published by the New York Times.  Not surprisingly, 78% of Republicans, 42% of Independents, and 23% of Democrats support these tariffs, while 20%, 55%, and 74%, respectively, are opposed.  Those with a high school education or less (53%) favor these tariffs, while those with some college generally support (52%) them.  Only 41% of college-educated Americans back them. 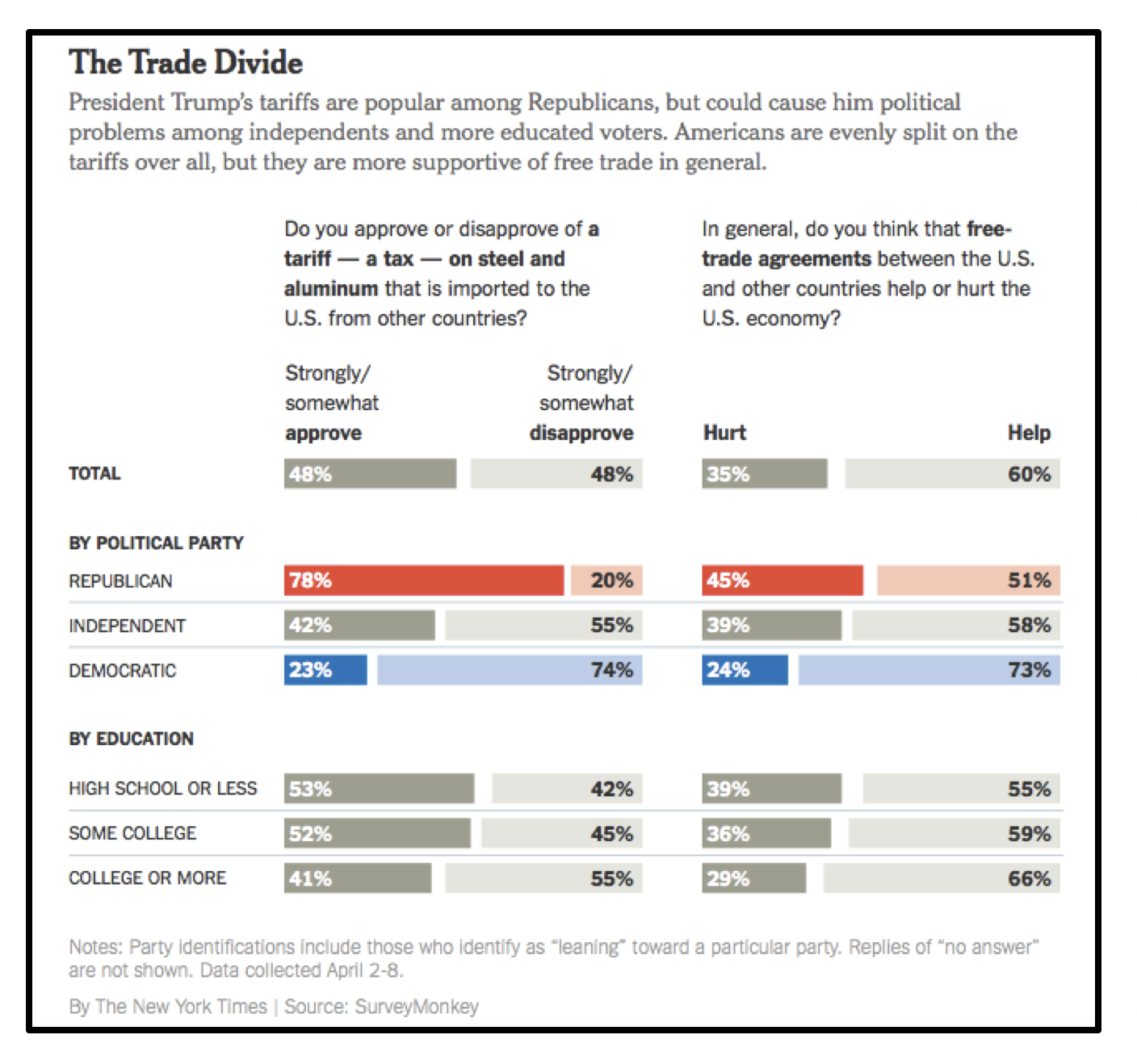 The general sentiment about this specific tariff, however, does not mean there is overwhelming opposition to free trade.  Only 35% of Americans believe “free-trade agreements between the U.S. and other countries” hurt the U.S. economy and 60% believe they help.  Democrats and Independents believe in free trade (73%-24% and 58%-39%, respectively), but Republicans are split.  Forty-five percent of Republicans believe free-trade will hurt the U.S. economy while 51% believe it will help.

How will this play in the 2018 Midterms?  Republicans will need to strike a balance, especially in Midwestern states with key Senate and Gubernatorial races like Ohio, Missouri, Indiana, North Dakota, Montana, Wisconsin, Michigan, and Minnesota.  While Americans may be concerned that some trade agreements are unfair to American workers, that concern does not translate into abandoning free trade.