Reasons To Be Skeptical of Democratic Hype

Fivethirtyeight.com took a stab at examining patterns in the special and off-year regular elections since President Donald Trump’s election to see if they show a path for Democrats to win in 2018.  Their findings provide reasons to be skeptical of much of the media’s current “Blue Wave” narrative.  Fivethirtyeight.com analyzed specific data points – median household income, the percentage of residents over the age of 25 with a bachelor’s degree or higher, and the difference between Hillary Clinton’s and Barack Obama’s margins – to see if Democrats today were over-performing in the suburbs, compared to historical results.

In areas that shifted towards Ms. Clinton in 2016 compared to Mr. Obama in 2012, Democratic margins were up as much as 36 points compared to past performance in some districts, but down by 37 points in others.  In districts where median household income is less than $50,000 per year, Democratic margins were higher than presidential performance by as much as 61 points in some, and down by 37 points in others.  These results reveal Democrats are doing better on average not just in the suburbs, but in white working-class regions as well. Considering these results vary so broadly, however, they also suggest individual candidate quality is also a major factor in these performances, as it was in the PA-18 congressional special election last month, for example.

Fivethirtyeight.com concludes that while the special and off-year elections don’t show whether the Democratic road to victory in 2018 is through the 2012 suburbs or 2016 white working-class areas, it suggests it is likely to be a combination of the two.  While this study serves to guide Democrats, it is instructive for Republicans as well.  Both parties will need to have strategies for both types of districts - and quality candidates that connect with the districts in which they are running.  The party that does that most efficiently will likely have the better day November 6th. 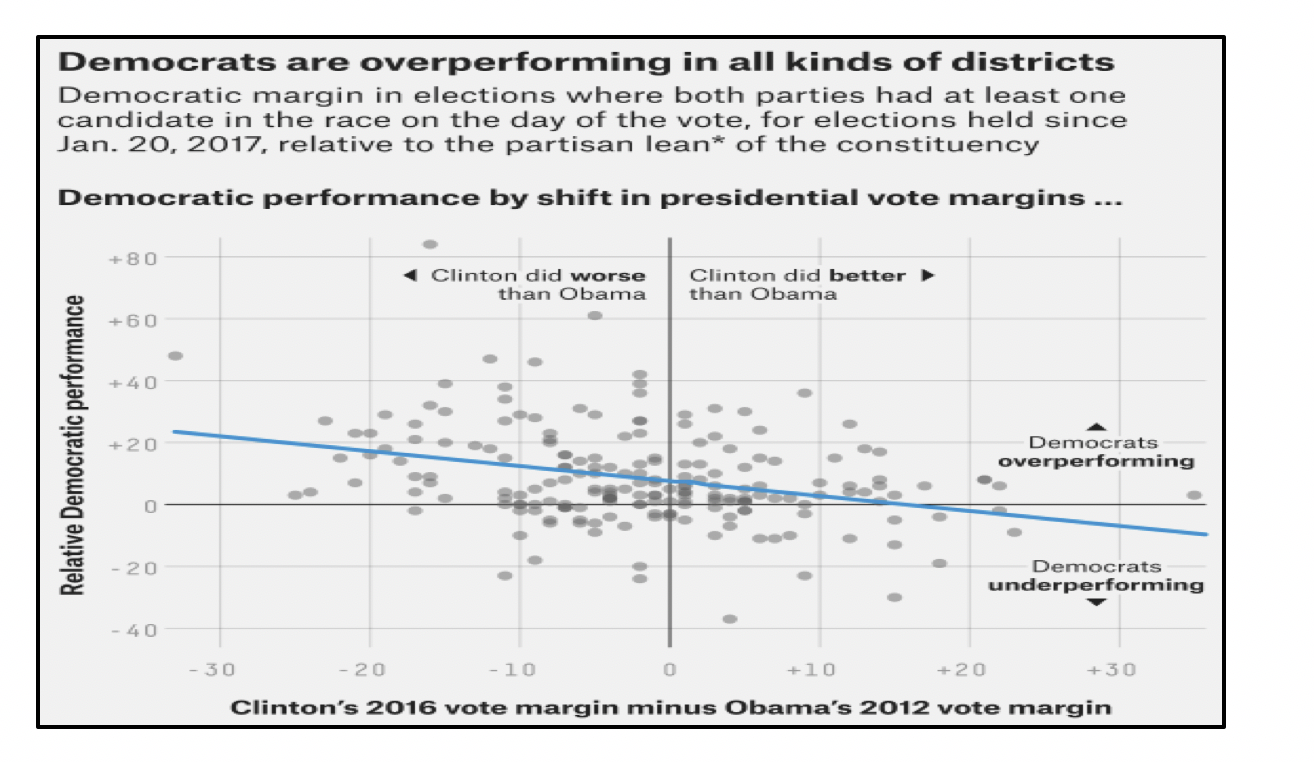