The federal government is approaching the pandemic from a national perspective.  State and local governments have the ability to cater to their community’s direct needs and their needs alone.  It should be noted, however, that from a political standpoint, governors, mayors, and other local elected officials will be held accountable for the job they do as the disparity between the ratings of Democratic Governor Andrew Cuomo and Republican Governor Ron DeSantis show.  The strength of the response, the clarity of public communication and whether the local outcome is perceived as good or bad – all may be remembered more clearly at the state or local level than at the national. 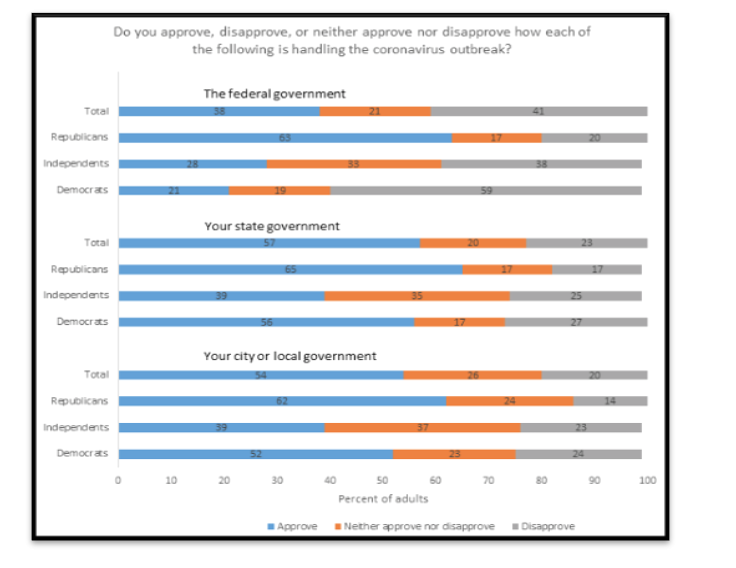