Trump Approval By Community: According to a study by Gallup with the American Communities Project at George Washington University, President Donald Trump’s approval rating after his first 100 days in office varies widely across communities.

The arguably most important community to monitor is the “Middle Suburbs,” or 77 swing counties around major cities in the Northeast and Midwest that helped Mr. Trump win the White House.  These areas, suffering from manufacturing job losses and anemic economic growth, voted for Mr. Trump with hopes that he would restore their communities.  After 100 days, his job approval here is split, 48%-47%, a sign that these voters believe he has more work to do.  Holding on to his base as well as these swing “Middle Suburb” regions will be key for the president and his party.  They will need those voters to help rally support around the Mr. Trump’s agenda and to propel Republicans to victory in 2018. 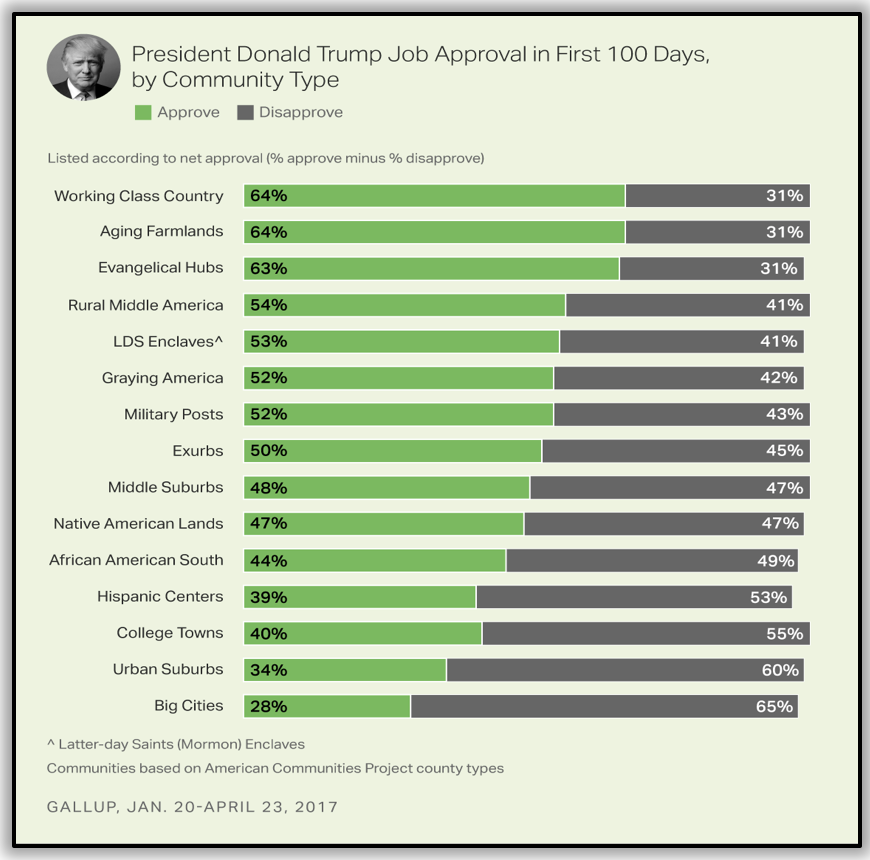