Since the political party out of power generally does better in Midterm Elections, it would seem Democrats are in a good position to make gains in the House of Representatives, U.S. Senate, and governors’ mansions in 2018.  The party’s tendency to focus on issues that play well with its fringe base instead of kitchen table issues, however, may complicate their chances even more than the fact that they face a map of states and districts President Donald Trump won in 2016. 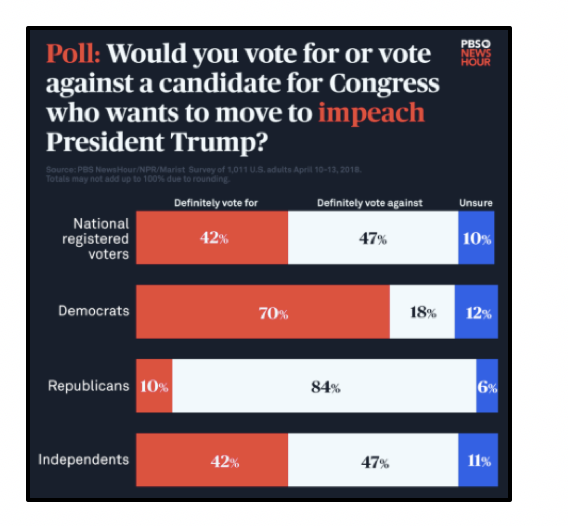 Republicans can capitalize on this misstep, emphasizing achievements on the economy and foreign policy as well as their views on issues like tax reform, regulation and education.  On Election Day, candidates who speak to voters about the issues ordinary Americans care about the most will have the advantage.  Perhaps Democrats should reevaluate what they believe those issues to be and drop impeachment from their list of talking points.