While a stable response rate is welcome news to the live poll industry, it leaves open the possibility the pool of respondents has become stagnant, with the same voters from the same demographic groups and regions answering poll questions year after year. 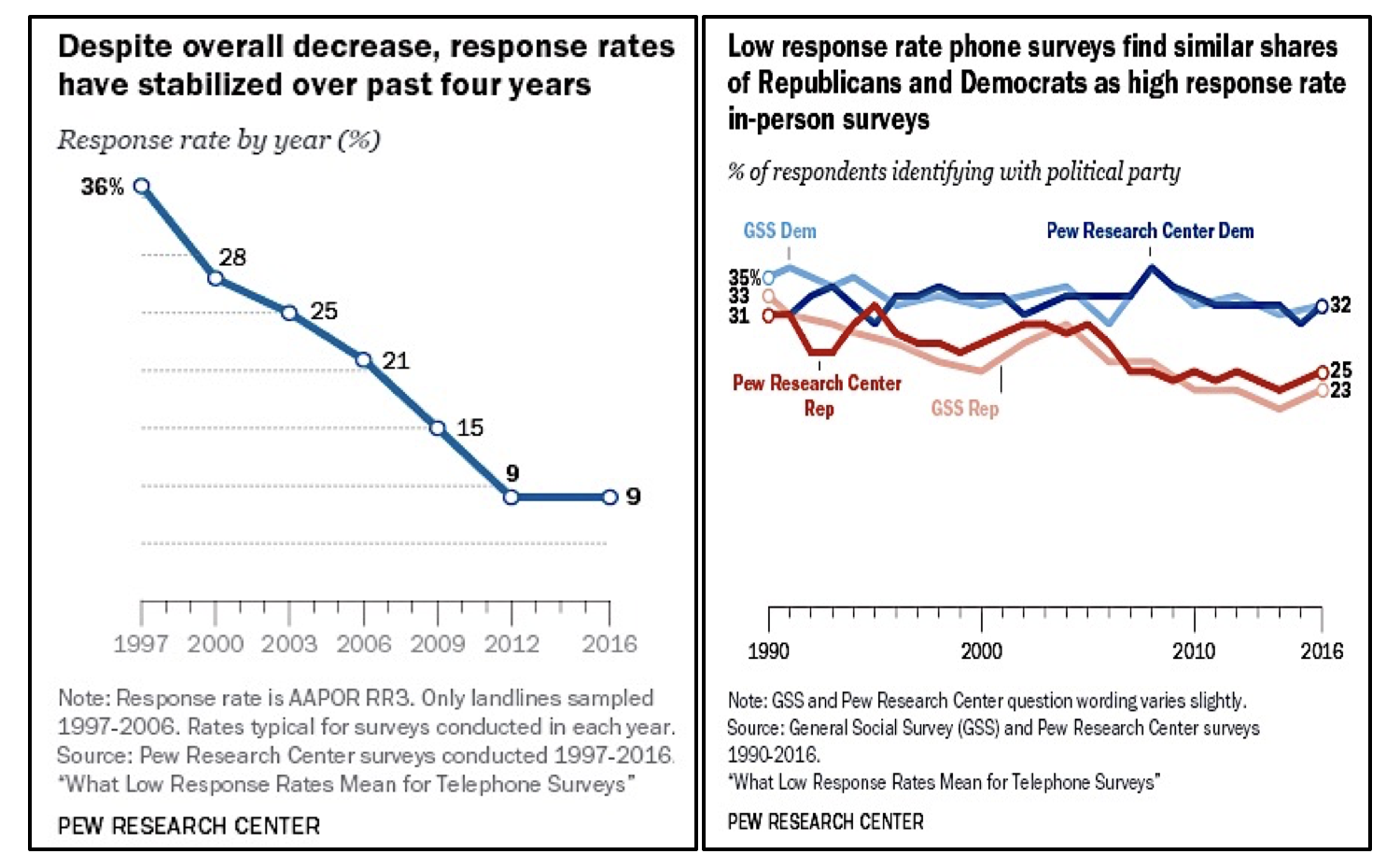 But that may not be the case, according to Pew.  Looking at the party breakdown over the same time span, responses from Republicans and Democrats were relatively consistent over the last 26 years.  In 1990, Pew found 31% of respondents were Republican and 35% were Democratic.  In 2016, those numbers were at 25% and 32%, respectively.  While the number of respondents has declined, it has not been along party lines.

Pew notes that as long as a pollster contacts both land lines and cell phones and adjusts correctly to the demographic match of the surveyed area, it is likely to produce an accurate political estimate, regardless of response rate.  It will just cost more to conduct an accurate poll.  As pollsters look to 2018, prioritizing sample composition and contact methods will continue to be more important than the response rate alone.