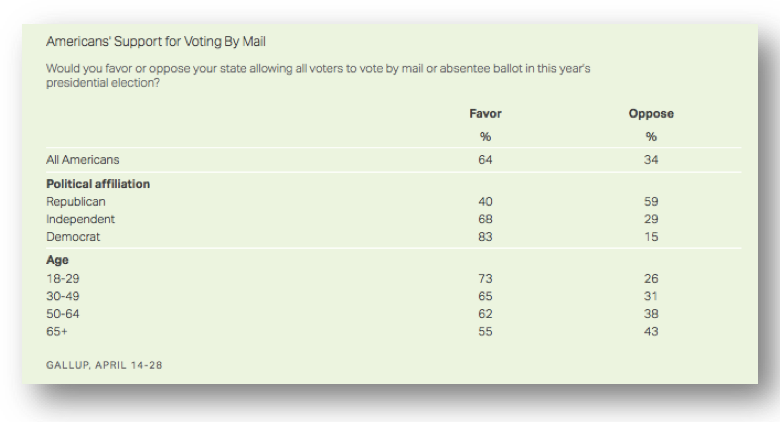 More Americans will vote by absentee ballot or mail ballot this election than in past elections.  GOTV will look different in 2020 and a larger number of voters will cast their vote long before Election Day than ever before.  While there will continue to be controversy about this type of voting, campaigns must allot increased resources to identifying, targeting, and chasing down the voters who are most likely to submit a mail-in ballot.