The GOP advantage can also be seen in measures of voter enthusiasm. For example, a recent Morning Consult poll found 61% of Republicans are “enthusiastic” about the November elections, compared to 54% of Democrats. This comes after news of the Supreme Court’s apparent intention to overturn the landmark Roe v. Wade decision, an issue that Democrats are banking on to ignite their depressed base this fall. 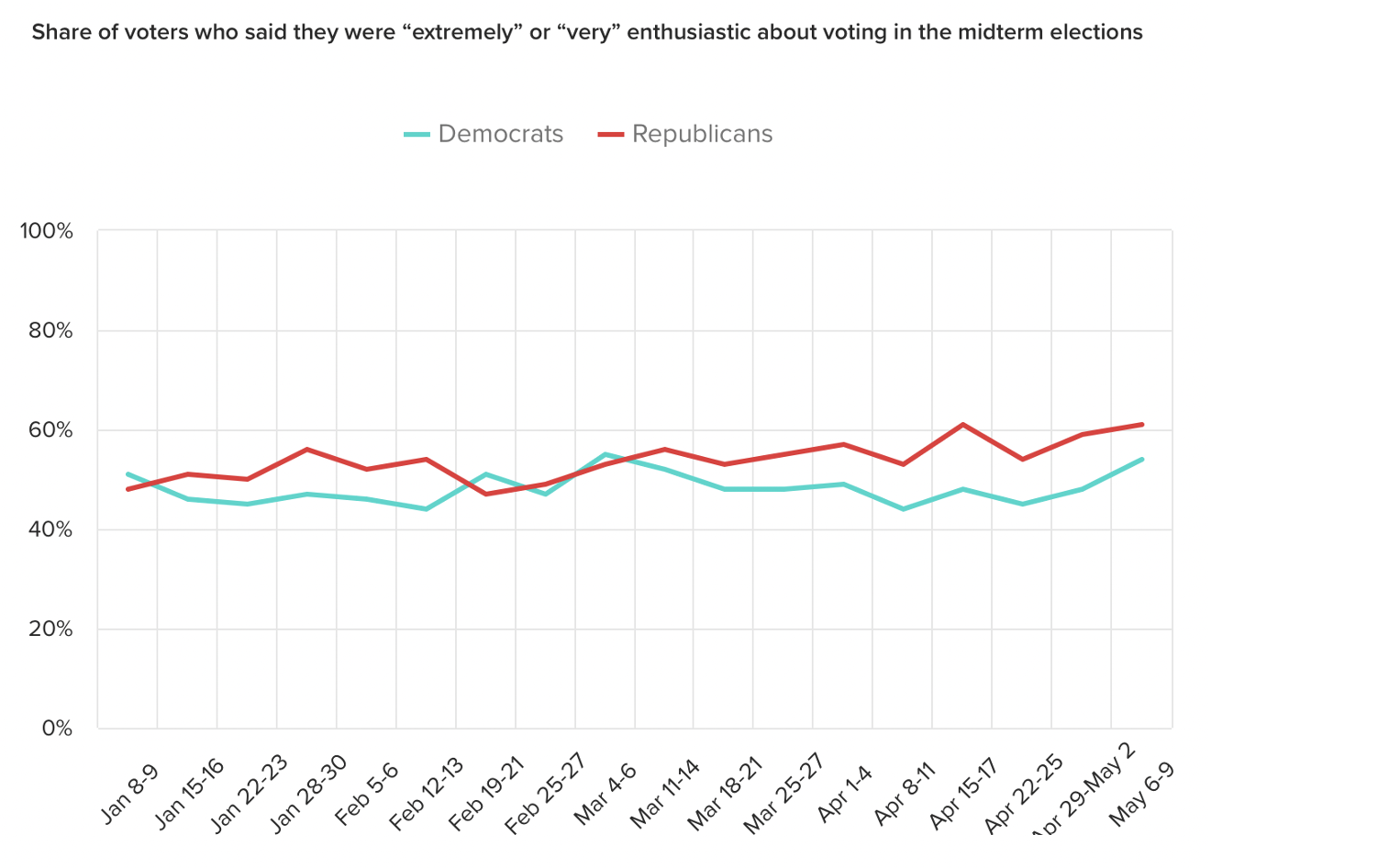 Unfortunately for Democrats, it is a false hope to believe this issue alone will ignite their base. Only 32% of Americans in a Quinnipiac poll approve of the job Joe Biden is doing on the economy, compared to 63% of Americans who disapprove. Only 28% of Americans approve of the job the president is doing on inflation, according to ABC News/Washington Post, compared to 68% who disapprove. Democrats are grasping at straws to find issues they can use to motivate their voters. This is a difficult task, however, considering the rising cost of gas and the shortage of items like baby formula. Americans won’t be quick to forget the poor job the president and Democrats are doing on everyday cost of living issues. Republicans would be well-served to remember this and continue offering positive solutions to improve the day-to-day lives of all Americans.