How are the presidential candidates adjusting their digital targeting and messaging during the COVID-19 pandemic? According to data spanning March 8-March 16 (as the outbreak spread) compiled by Axios, the Biden campaign spent almost five times as much as the Trump campaign on direct attack Facebook advertising.  These ad dollars do not include acquisition posts (surveys, sign ups, etc.). 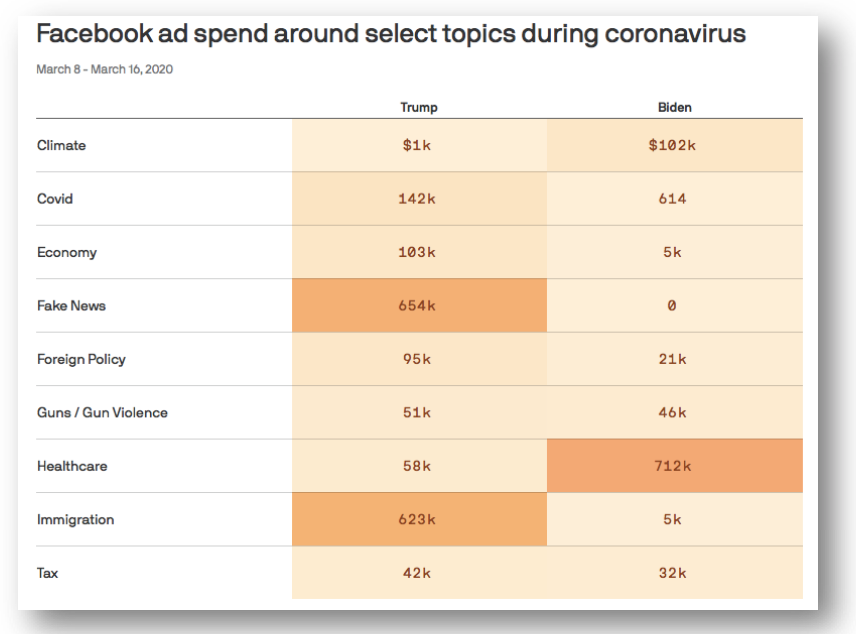 While these numbers don’t provide a comprehensive look at each campaign’s future playbook, they give a sense of each campaign’s message as the general election begins to ramp up.