Views On Trade Over Time

According to Gallup, more Americans view foreign trade positively today than in past years.  Today, 70% say foreign trade is an “opportunity for growth,” while 25% say it is a “threat from foreign imports.” 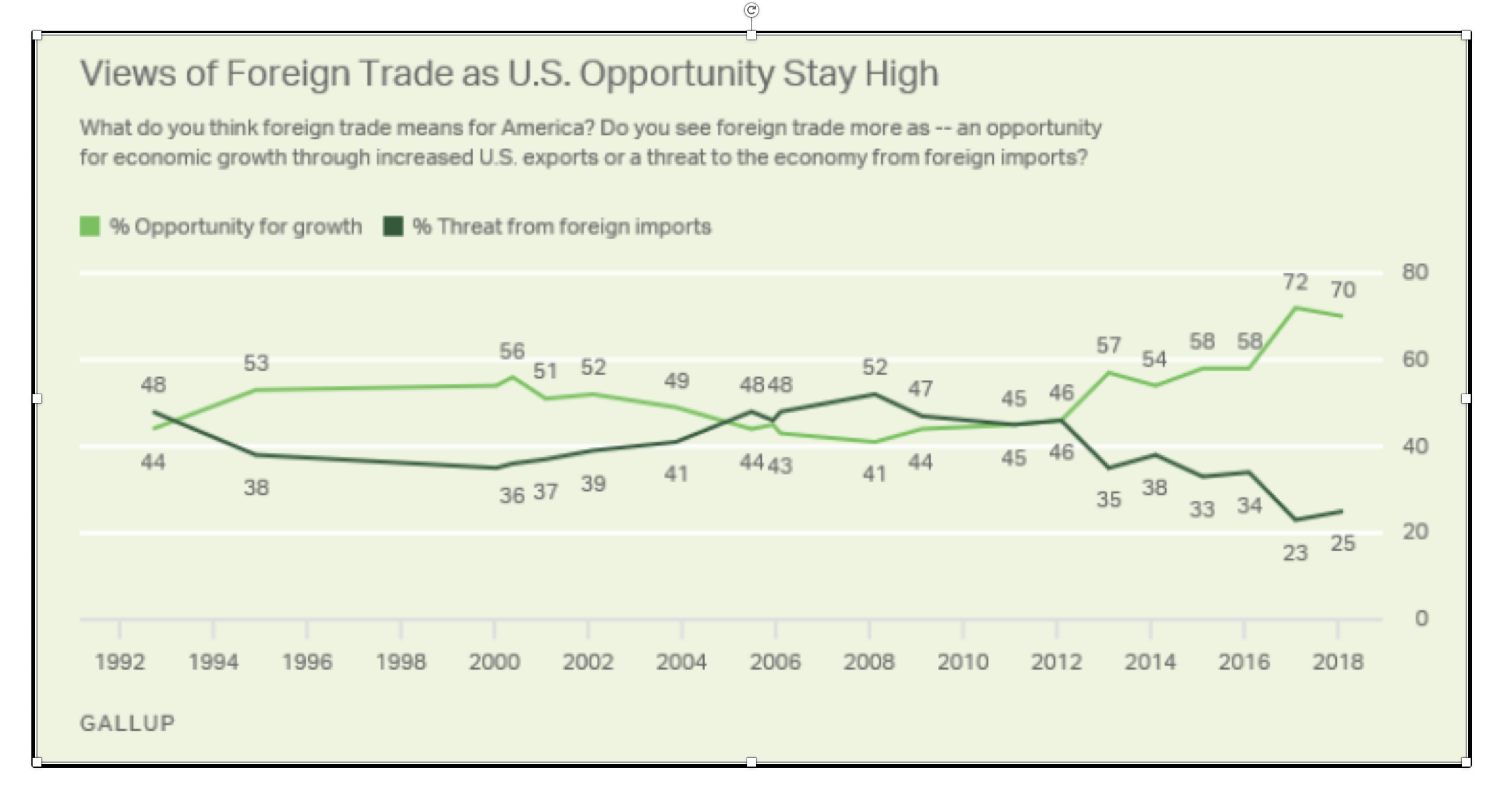 This trend shows how Americans’ views on trade have been growing increasingly positive, especially in the past six years.  In 1992, the earliest year Gallup began tracking sentiment on foreign trade, 48% of Americans considered trade to be a threat and 44% said it was an opportunity for growth.  In 2000, 56% had a positive view of foreign trade and 36% a negative one, but the positive number dropped 15 points to 41% in 2008, at the time of the recession.  As Gallup notes, “When the unemployment rate has been higher, more Americans have viewed trade as a threat to the U.S. economy.”  That year, 52% of Americans viewed foreign trade as a threat.

In 2012, American attitudes began shifting again, splitting evenly – 46%-46% – on whether trade was an opportunity or threat.  The next year, the number who viewed trade as an opportunity for growth jumped 11 points to 57%, while just 35% viewed it as a threat.  As noted last week, while Americans want trade agreements to be fair, the numbers show a continuing and growing positive belief among Americans in the value of trade, especially when they feel it has a positive impact on the economy.