Polling by Civiqs show perceptions of the direction of the national economy have flipped along partisan lines. Since June 1, 2016, Civiqs has polled voters nationwide on a daily basis with the question: “Do you think the nation’s economy is getting better or worse?”

That all changed almost overnight following the inauguration of President Biden.  Democratic optimism about the economy has soared while Republicans have become deeply pessimistic. 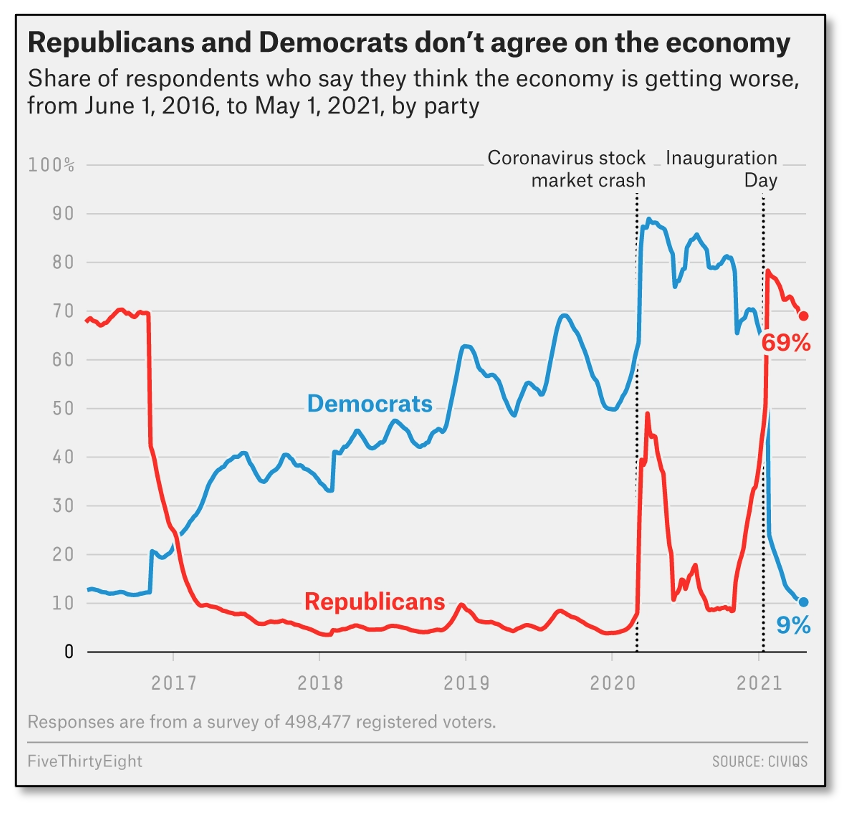 More Americans Say Life Getting Back to Normal

Polling News
A June 4 Gallup poll finds more Americans say life is getting back to normal after the COVID-19 pandemic ...
Read More
Share on:

Polling News
According to an April Pew Research Center study, Democrats are much more likely than Republicans to say a voter should be allowed to vote early or absentee for any reason ...
Read More
Share on:

Polling News
It has been a little over four months since President Joe Biden was sworn into office and Republicans are a bit divided. ...
Read More
Share on:

Polling News
This time last year Americans were quarantined at home, businesses were shuttered, and the COVID-19 pandemic lay ominously over everyday life. ...
Read More
Share on:
“
You provide the beach and Jean Becker has the perfect beach read. A warm, deeply personal great read. https://t.co/Kv2nnx33kb
”