Today, 72% of Americans believe the economy is in a recession or depression, according to a new Gallup poll.  That is up 15 points from this time last month when only 57% thought the same.  This is unsurprising, as businesses continue closing and 30 million Americans have applied for unemployment benefits. 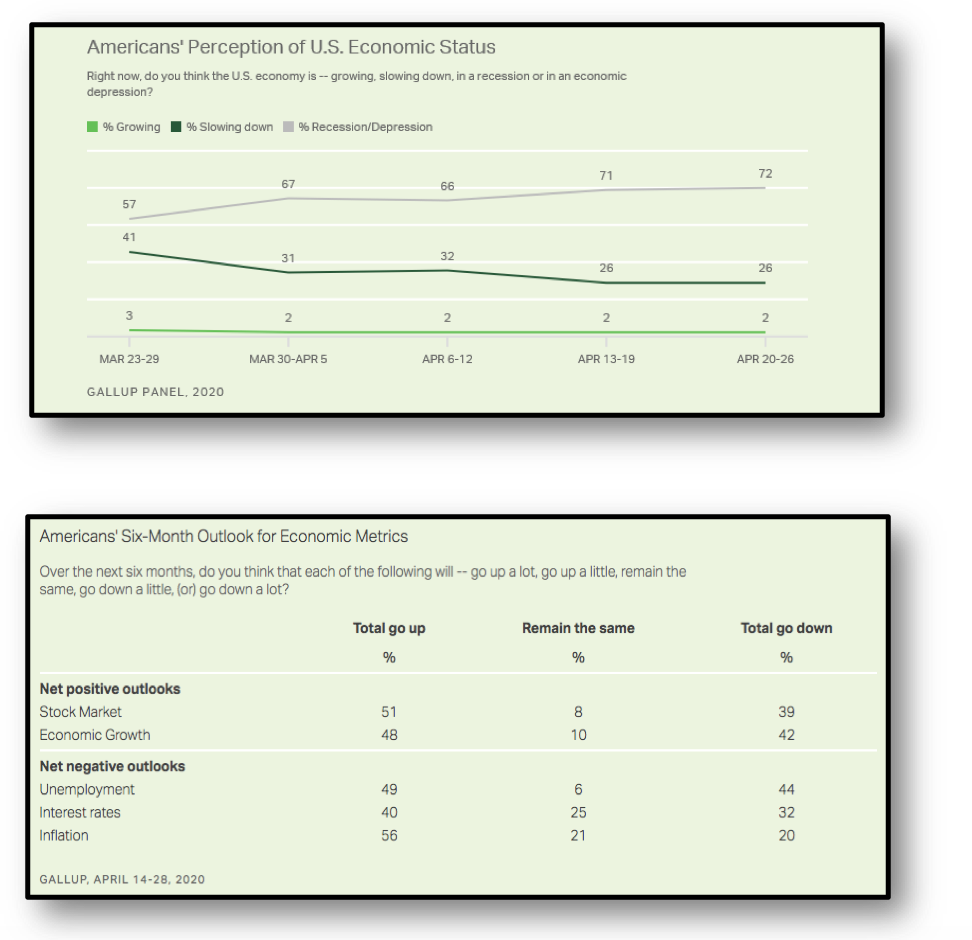 While this seems bleak, outlooks for the next six months are more optimistic.  Almost half of Americans believe the stock market (51%) and economic growth (48%) will rise.  They’re not as optimistic about jobs: 49% believe unemployment will rise in the next six months.  GOP candidates running this year can benefit from understanding that while Americans believe the economy will recover, they are less sure jobs will return and are likely to be more focused on jobs and the economy this fall than they were when the year began.