Is it too early to predict which states will decide the 2020 Presidential Election? Fivethirtyeight.com examined the Cook Political Report’s June predictions for the last four presidential elections to see how accurate they were five months out from the election. The picks were mixed.

Today, most observers offer a very narrow list, mainly Michigan, Pennsylvania, and Wisconsin and sometimes Arizona, as being 2020’s deciders. But as Cook’s track record shows, states not on the radar now could very well be the decider states come November. 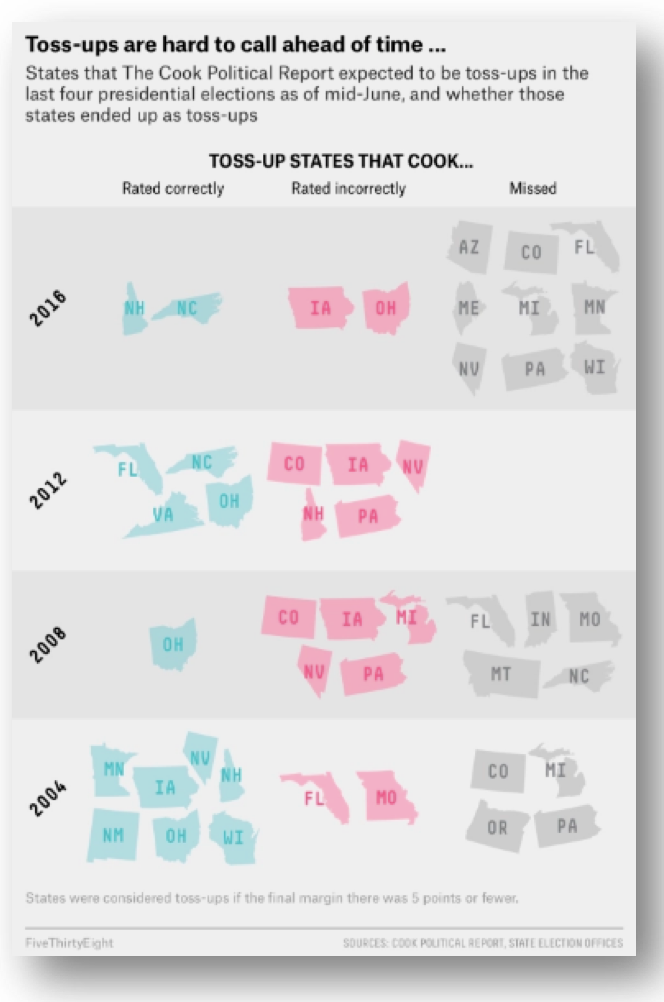