Is the education voter the new swing voter? In his 2021, Virginia gubernatorial election, Glenn Youngkin showed that might be the case. He was able to start a movement in Virginia centered around education and parental rights. It helped him win over swing suburban voters, energize rural Republicans, win the Asian and Hispanic vote and make gains among African Americans.

A new Harris poll on behalf of the National Alliance for Public Charter Schools found that this movement has spread beyond Virginia. A whopping 82% of voters said they’d be willing to vote outside their political party, based on the candidate’s education platform, including 88% of independents, 81% of Democrats, and 79% of Republicans. And 41% of African American parents and 40% of young parents strongly agree with that statement.

The poll showed overwhelming support for charter schools, as 84% said they supported the availability of such schools, showing this education swing voter is a real development in the electorate. Outside of charter schools, curriculum is also a major driver: voters oppose teacher unions pushing woke liberal agendas instead of math and science. Democratic candidates beholden to these unions draw opposition for standing with unions instead of parents and families.

The 2022 Midterm Elections will be a clear choice between two very different paths: Republican candidates, who support parents’ rights in the classroom, lowering the cost of living, and keeping our communities safe; and Democrat candidates, who still have not learned the lessons from Gov. Youngkin’s 2021 victory and still stand with their political benefactors instead of their constituents. 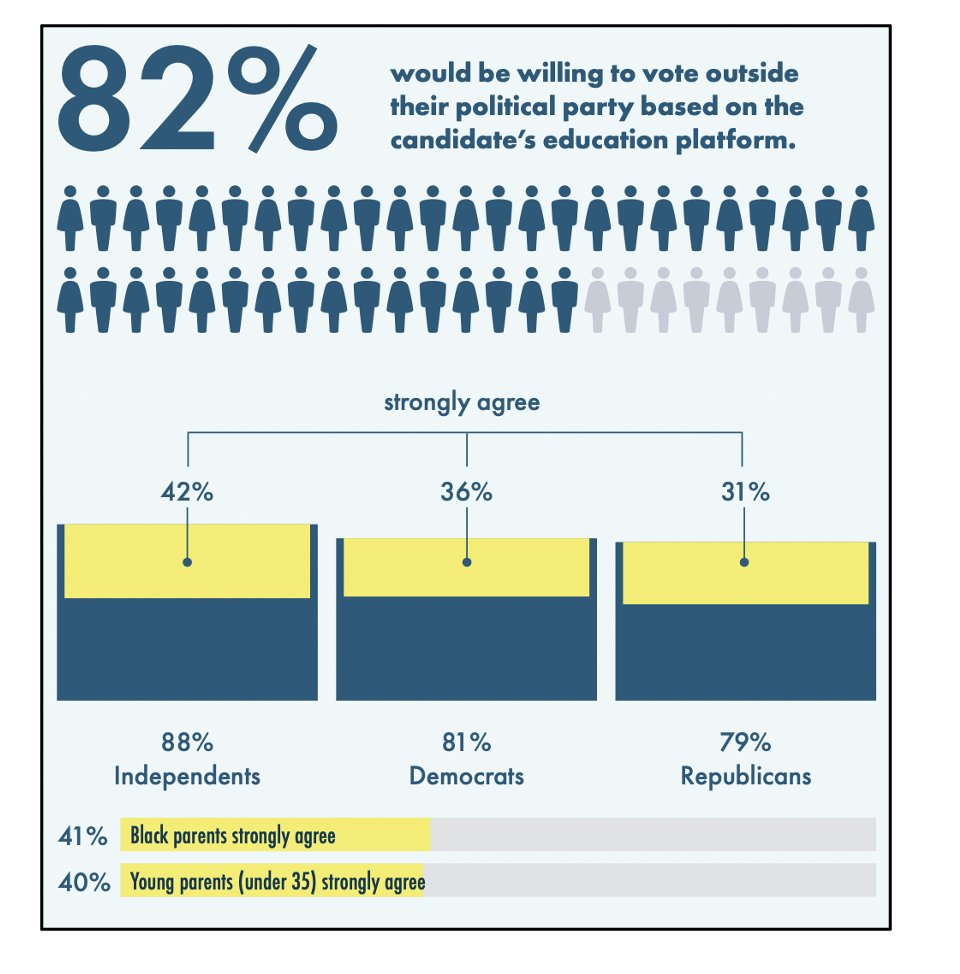