As Democrats watched the first pair of debates, a new Associated Press-NORC Center for Public Affairs Research poll shows most of these voters are not fully tuned in: just 35% say they’re paying close attention to the primary.  This week’s debates offer candidates a chance to improve their position by exciting Democratic voters, but what are these voters looking for?  The AP/NORC poll suggests several attributes that make Democratic voters more excited about their choice. 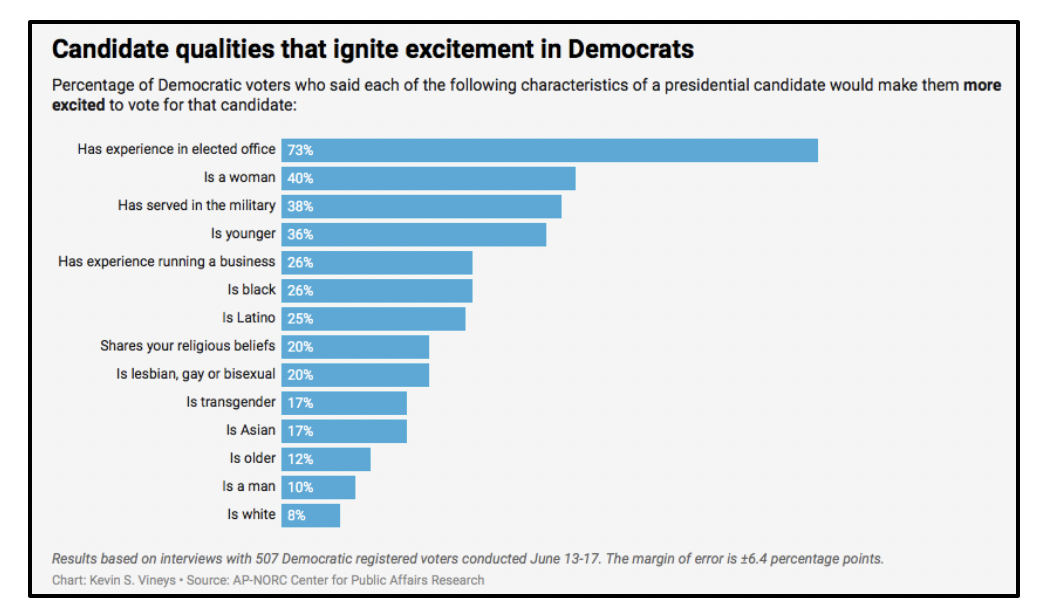