Weak Signs Of A “Blue Wave”

More interesting is Gallup’s finding that only 23% of registered voters say their 2018 vote will be “in order to send a message that they oppose the president.”  That’s the lowest opposition number on that question this century.  By comparison 20% say they will vote to send a message to support the president.  This is higher than 18% who said that in 2006 with President George W. Bush and 17% who said that in 2014 with President Barack Obama.  A majority of voters, however, say they “will not be sending a message about the president with their vote.”

Democrats have yet to find a unifying coherent message other than their hatred for President Trump.  These numbers show that message is not taking hold nor is it motivating their voters as they intend. 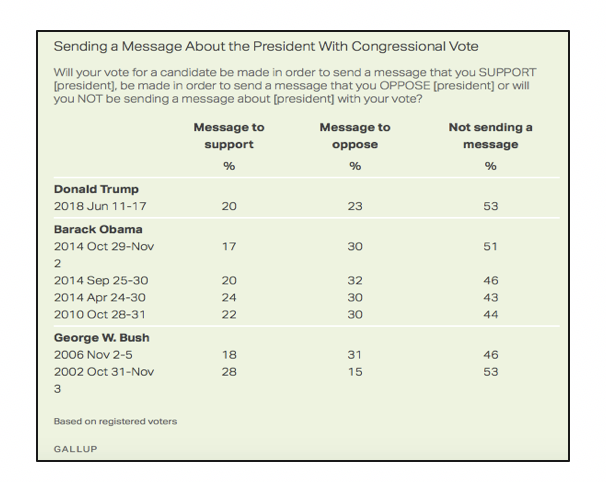