While the U.S. Senate and House of Representatives debate ObamaCare replacements, it is important to remember what is at stake if they do not succeed in their efforts.  According to a Washington Post analysis, dozens of counties could have zero insurers participating in the ObamaCare exchanges next year and over 1,000 could have only a single insurer.

Since ObamaCare exchanges opened in 2014, enrollees’ options have dwindled.  In 2017, many counties in states like Alabama, Arizona, Missouri, North Carolina, Oklahoma, and West Virginia have only one insurance option offered in the ObamaCare exchanges.  In 2018, the situation will be even worse.  At least 36,000 marketplace enrollees could have zero options and no way to purchase insurance, while an additional 2.4 million enrollees could be left with just one insurer choice.  Counties in Indiana, Missouri, and Ohio are projected to have zero options, while counties in states from Washington to Florida are projected to lose one or more insurance options next year.

If Republicans break one of their top campaign promises by failing to replace ObamaCare, they will leave millions of Americans stranded with one or no insurance options.  Most of the states affected have important statewide elections next year and Republicans are sure to pay at the polls next November if they fail to deliver. 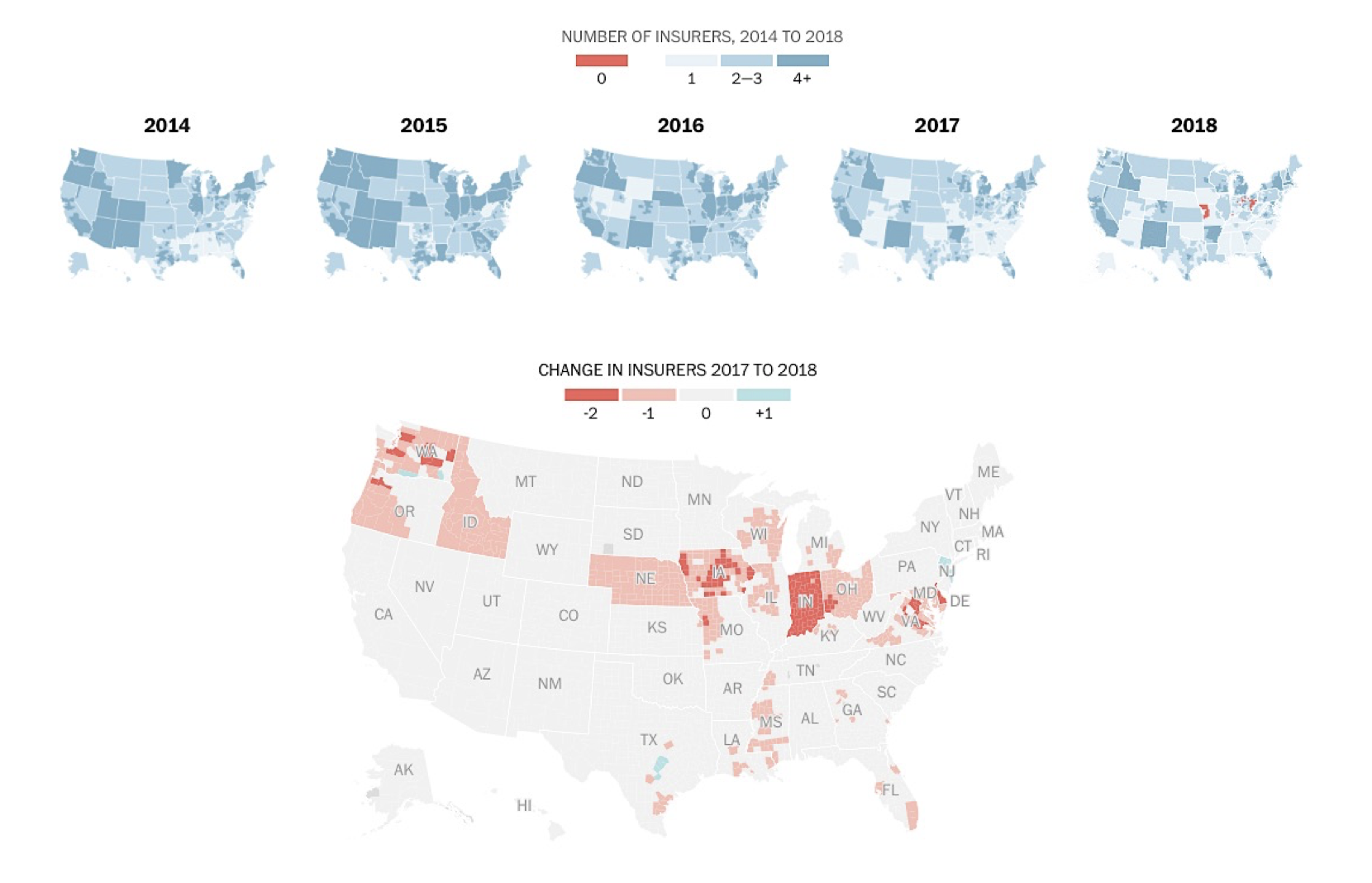