GOP opposition has been growing: in Oct. 2018, 57% of them said voters should be able to vote early or absentee without any reason. The 2020 “stolen election” narrative has turned Republicans against no-excuse early and absentee voting, producing a 19-point decline since fall 2018.  What does this mean for the future?  As more voters opt for early and absentee voting, Republicans must adjust, adapt and start getting their early vote out, not just those traditionally voting on Election Day. 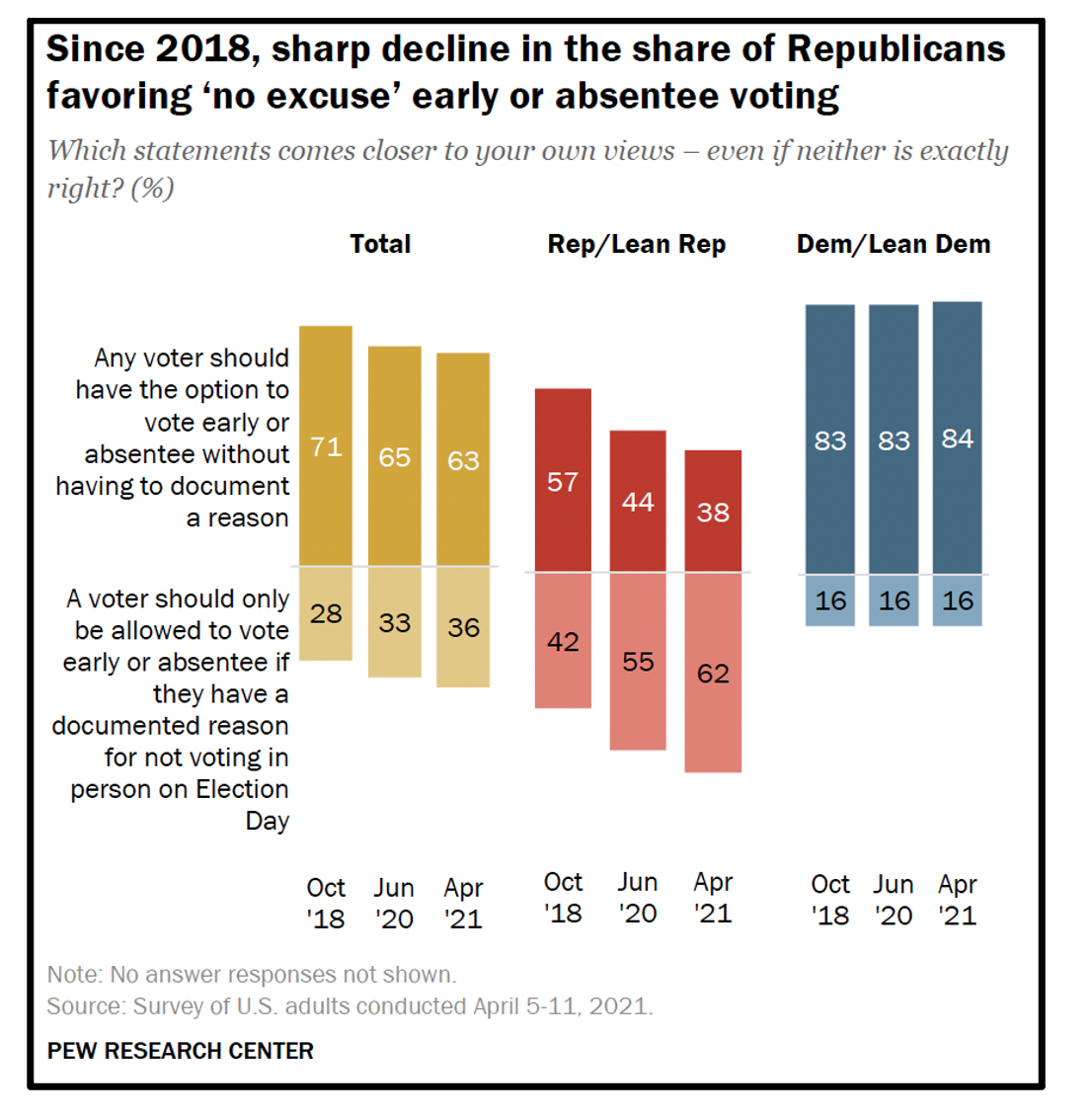