Early Look At 2018 Generic Ballot: Democrats have a 7.2-point advantage in FiveThirtyEight.com’s 2018 generic ballot tracker, standing at 44.1% to Republicans’ 36.9%.  According to FiveThirtyEight.com’s analysis of generic ballot results since 1942, the standing of the president’s party 18 months before a midterm election is generally close to their final vote margin.  If this trend holds, as it often does for the party out of power, Democrats’ lead today may translate into a roughly eight-point lead in the national House vote next November.  According to generic ballot data from the eighteen midterms since 1946, the final numbers were only off the final margins by an average of two percentage points. 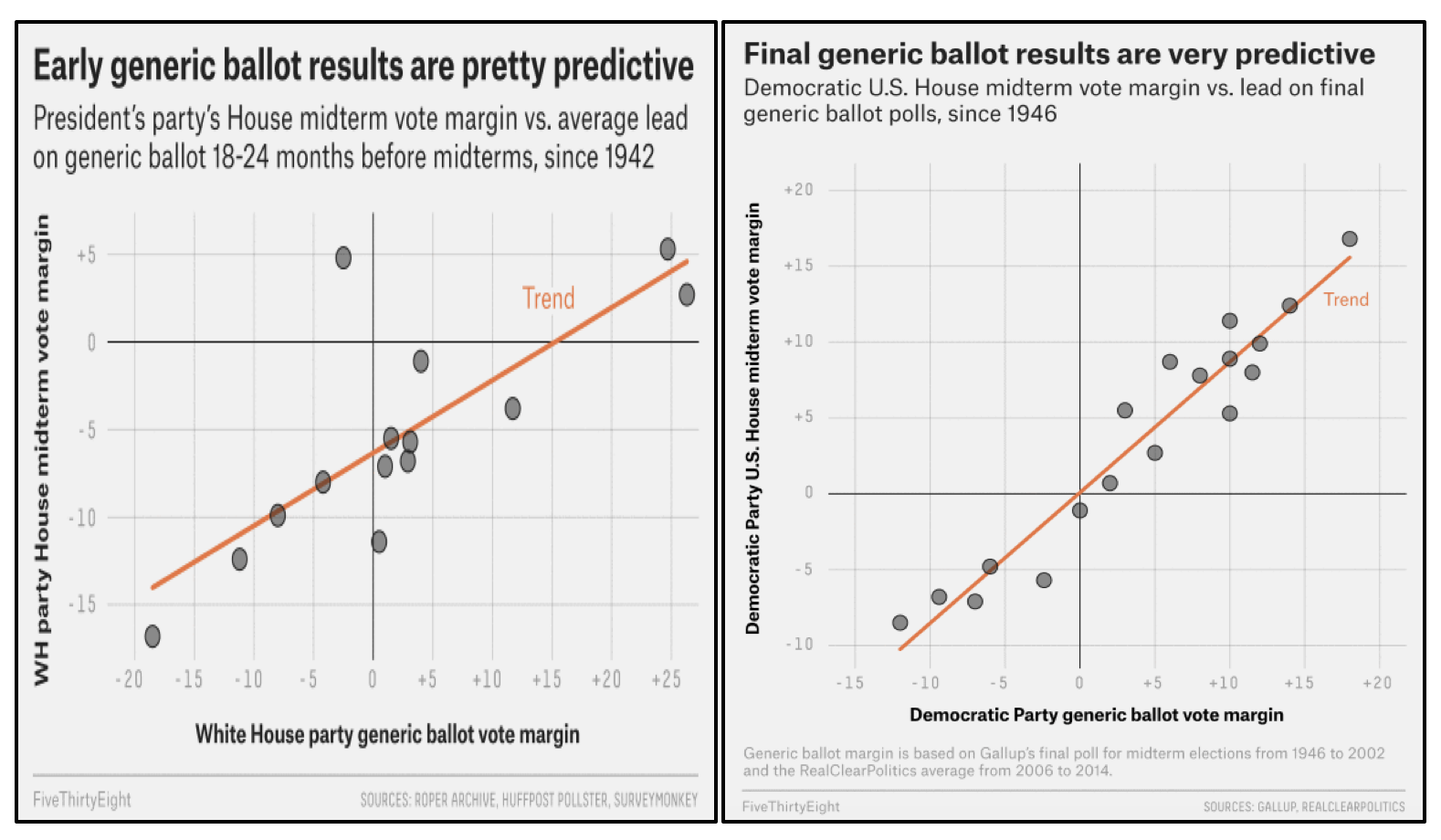