As the 2022 midterms approach, Democrats are attempting to inoculate against their party’s weakness on crime. The issue hurt many Democratic candidates in 2020, as summer protests across America resulted in untold millions of dollars of damage. Since then, American cities have continued seeing homicides and other violent crimes increasing. Voters are showing their interest in the issue at the ballot box like they did in San Francisco Tuesday night – and polling from The Washington Post and ABC News shows why Democrats should be concerned. 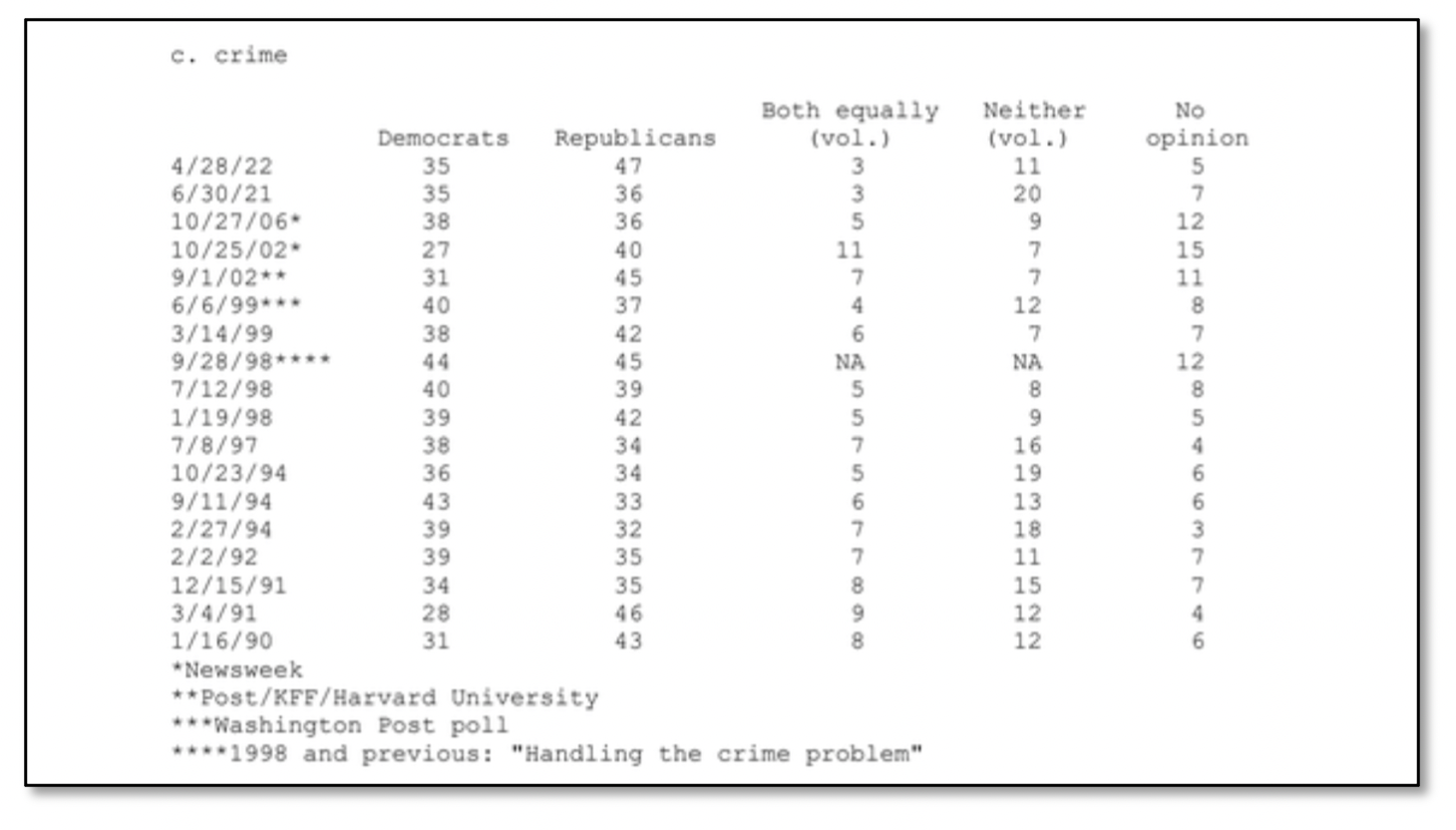 Nationally, 47% of voters trust Republicans to do a better job on crime, as opposed to 35% siding with Democrats. This is up 11 points from June 2021 and is the highest since The Washington Post poll began covering the topic in Jan. 1990. Elections in 2021 showed this issue to be a weakness for Democrats, among whom a soft on crime and sentencing approach has been standard party line in campaigning and practice. The adverse reaction  was seen in Seattle last year, where Republican Ann Davison ousted the sitting City Attorney and batted down a progressive challenger.

This week, 60% of voters in San Francisco recalled the District Attorney of one of the nation’s foremost progressive cities following an aggressive campaign that centered on now-former District Attorney Chesa Boudin’s soft-on-crime approach and sentencing policies. Next in the headlights of another recall campaign is Los Angeles District Attorney George Gascón, against whom opponents are now circulating petitions.

Republicans are trusted by America’s voters when it comes to dealing with crime. Democrats in key races are now finding ways to cast votes in favor of increased police funding and create the impression that they have worked with the police, a large shift from just two short years ago when their messaging focused on the problems with the justice system and attempts to diminish law enforcement. GOP candidates should continue pressing on the crime issue and offering solutions that will make our communities and families safer.