One more telling finding, however, is the partisan split on how Americans see the news media’s effect.  While both parties are skeptical, Republicans are warier and Democrats more positive than in past years.  Today, only 44% of Democrats consider news media to have a positive effect while 46% say it has a negative effect.  That compares to 48%-39% among Democrats in 2010.

This growing divide may impact the next election cycle.  How news outlets address voter skepticism and how political candidates handle and respond to coverage will influence the midterm election conversation around America next year. 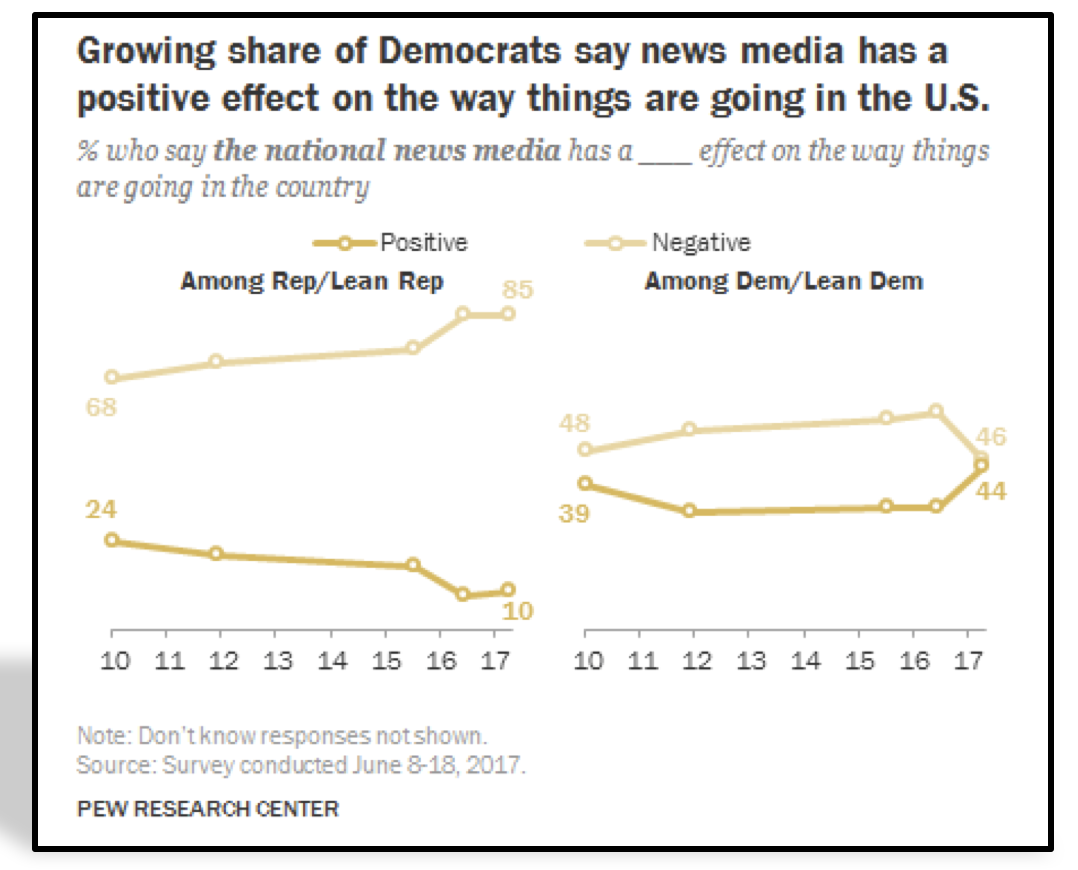