In 2018, the number of women in the House of Representatives and Senate increased by 4%, most of them Democrats.  Looking at 2020, however, more women are running for office than ever – especially Republican women.

Republicans, like Rep. Elise Stefanik and Majority Leader Kevin McCarthy, have made it a priority this cycle to recruit, train, and support GOP women for Congress.  The increased number of Republican women candidates shows their efforts are paying off.  More women running for office doesn’t mean more women win, however.  Fivethirtyeight.com rightly notes that Republican women have a harder time winning their primaries than Democratic women, especially those running in open-seat red districts.  These campaigns must be smart with messaging and targeting, running on issues that matter to the district and not just on their gender. 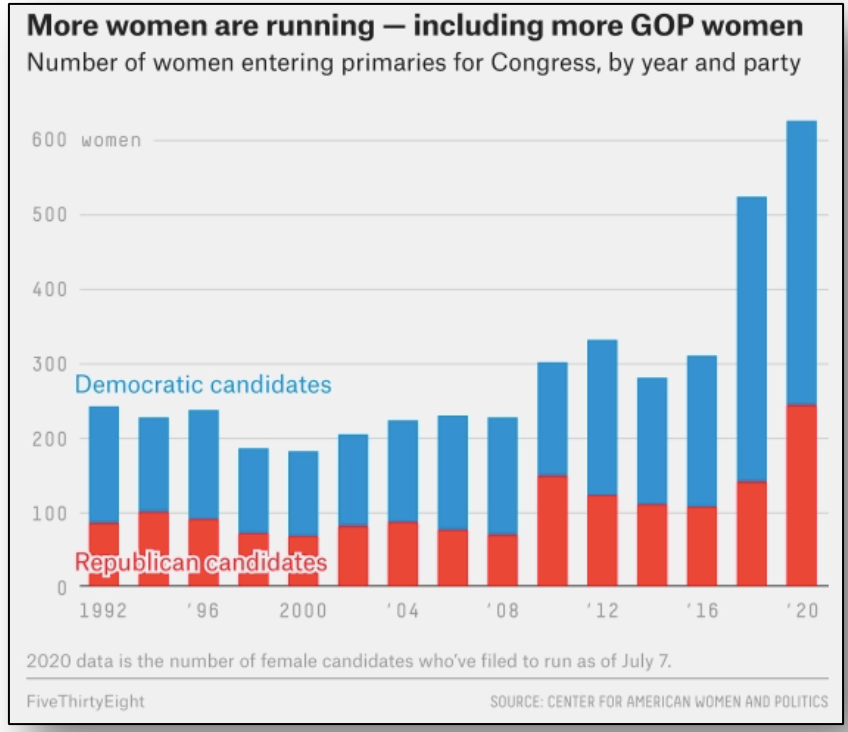