Voter engagement is higher than it has been in any midterm in over twenty years, according to a Pew Research Center survey, with 51% of registered voters saying they are “more enthusiastic than usual” about voting in November’s elections.  This excitement is present on both sides of the aisle.  Fifty-five percent of those supporting a Democratic candidate and 50% of those supporting a Republican candidate say they are “more enthusiastic about voting than usual.” 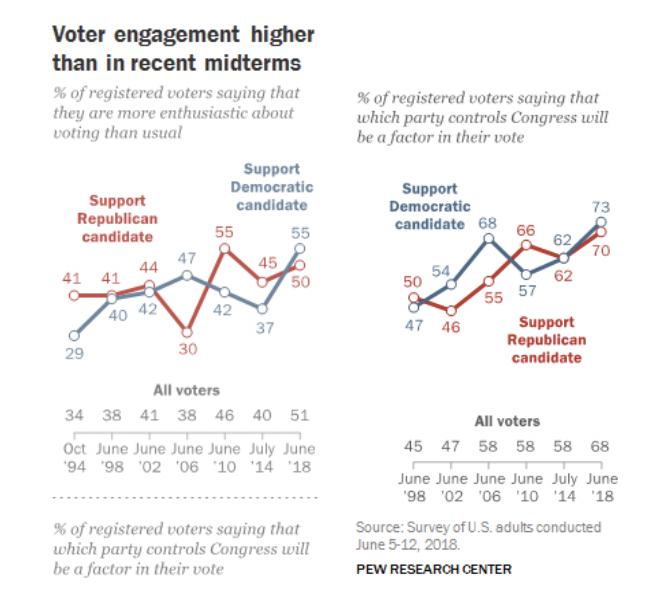 Seventy-three percent of voters supporting Democratic candidates say the party that “controls Congress will be a factor in their vote,” while 70% of those supporting Republicans say the same.  With voter engagement nearly equal and control of Congress a priority for all voters, there is no apparent advantage for either party.  Candidates should keep their heads down and avoid the national hysteria as much as possible.  They should run strong campaigns by building grassroots support, focusing on issues important to voters in their states and districts, and persuading swing voters as well as their base to turn out.