Americans have been unhappy with the country’s direction for some time, according to recent polls. Today, Gallup says only 20% of Americans are satisfied with the country’s direction. Conventional wisdom would suggest that this could jeopardize an incumbent president’s chances of re-election. History, however, shows the correlation is not so certain.

According to Gallup’s historic tracking, incumbent U.S. presidents have won re-election when satisfaction with the direction of the country ranged from 33% (the low under Barack Obama in 2012), to 48% (the high under Ronald Reagan in 1984). The only president who has lost re-election since 1984 was President George H.W. Bush. Pre-election satisfaction was at 22% in 1992. For nonincumbents the pattern is not as clear. 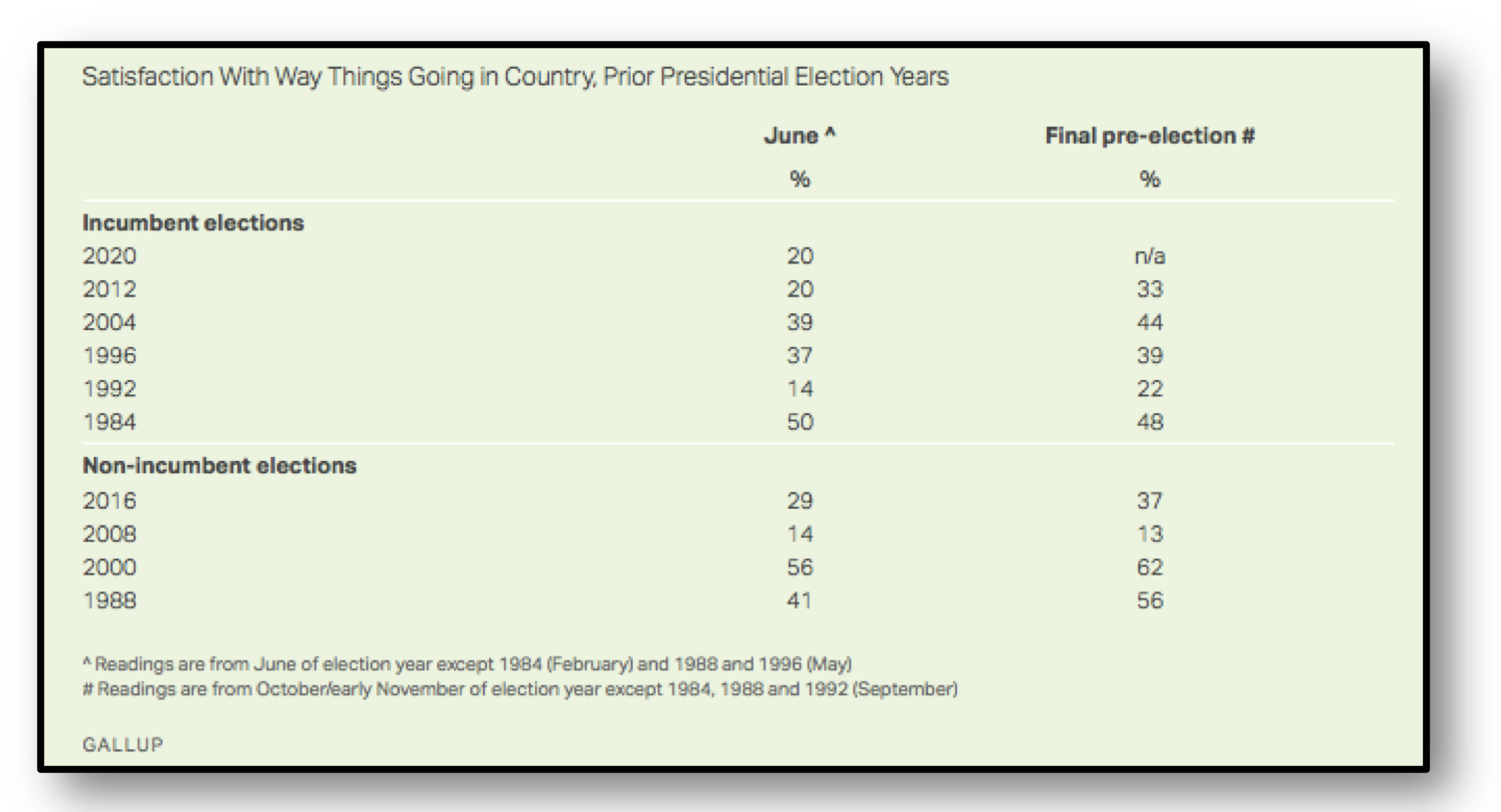 While 20% satisfaction should raise concerns for President Trump’s chances in November, Gallup points out that it matches what it was in June 2012, five months before then-President Barack Obama won re-election. Generally, satisfaction improves about six points in the final five months before the election. Mr. Trump needs to see at least a ten-point increase to stay on par with historic precedent. That said, 2020 has had enough unprecedented occurrences to defy this rule.