President Donald Trump has an overall job approval rating of 50% in counties that helped him win the 2016 Election, according to a July 12th NBC News/Wall Street Journal poll.  The poll surveyed 439 counties in 16 states that either flipped from Barack Obama to Trump, or where Trump significantly outperformed Mitt Romney's 2012 totals.  His overall disapproval rating in these counties is 46%.  In the “flip” counties (143), Mr. Trump’s performance resembles the national average, 44% approve to 51% disapprove.  He won these counties collectively, 51%-43%, in 2016.  In the “surge” counties alone (296), Trump’s job approval rating is 56% to 40% disapproval rating.  In 2016, he won this group of counties, 65%-29%.

Almost all the states with either “surge” or “flip” counties (CO, FL, GA, IN, IA, ME, MI, MN, MO, NV, NH, NC, OH, PA, VA, and WI) have important Senate and/or gubernatorial elections next year.  Republican candidates will need to be mindful of the president’s approval not only in “flip” counties, but in “surge” counties as well.  The president’s standing in the latter group could be a sign of voter’s enthusiasm to turn out for Republicans in a Midterm Election year. 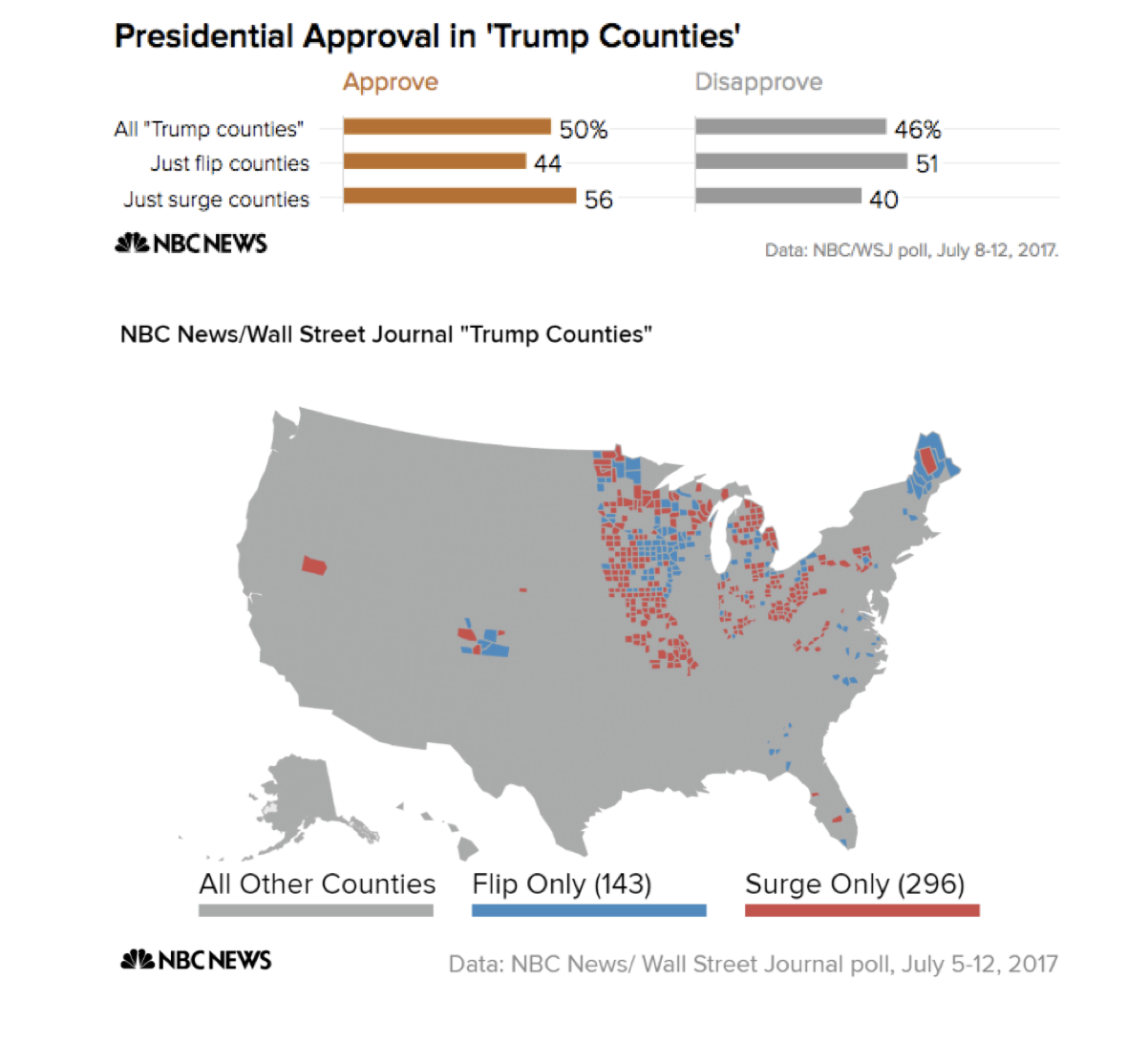