Early Republican Midterm Enthusiasm Advantage: With about fourteen months until the 2018 Midterms, Republicans – especially those who strongly support President Donald Trump – are more enthusiastic about voting than Democrats and those who disapprove of the president.  Even though Democrats lead on most generic ballots tests, the sentiment has not translated into excitement among likely Democratic voters.

Republicans cannot count on Democrats staying home, however.  They must maintain an enthusiasm advantage to keep the U.S. House and Senate.  This means finishing the job on health care, tax reform, and the budget, thereby giving their voters reason to show up next year. 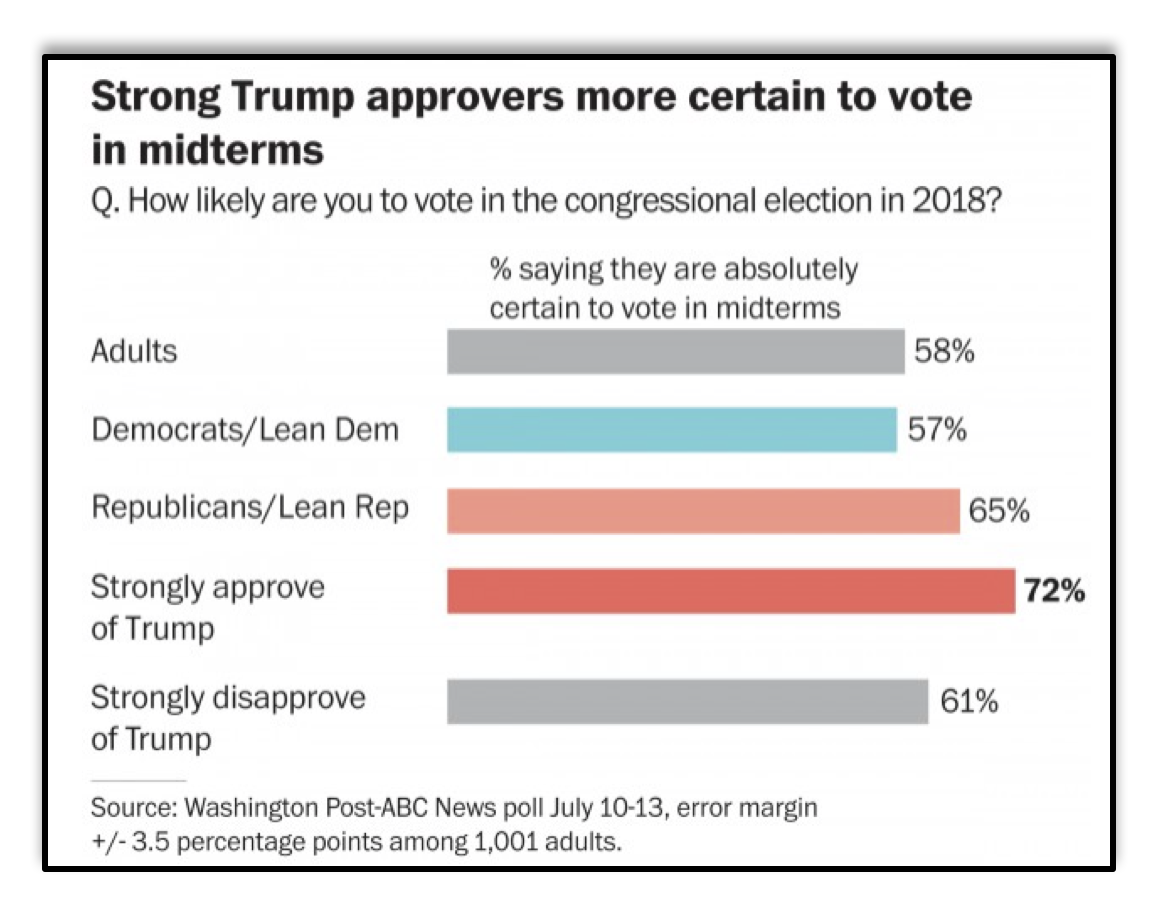