The 2016 election results have been broken down by many demographics and criteria, but how does last year’s Electoral College map look when based on voters’ device usage?  Axios highlighted exit poll data from SurveyMonkey, an internet survey of approximately three million people, and found that President Donald Trump’s performance was strongest among Windows-users. 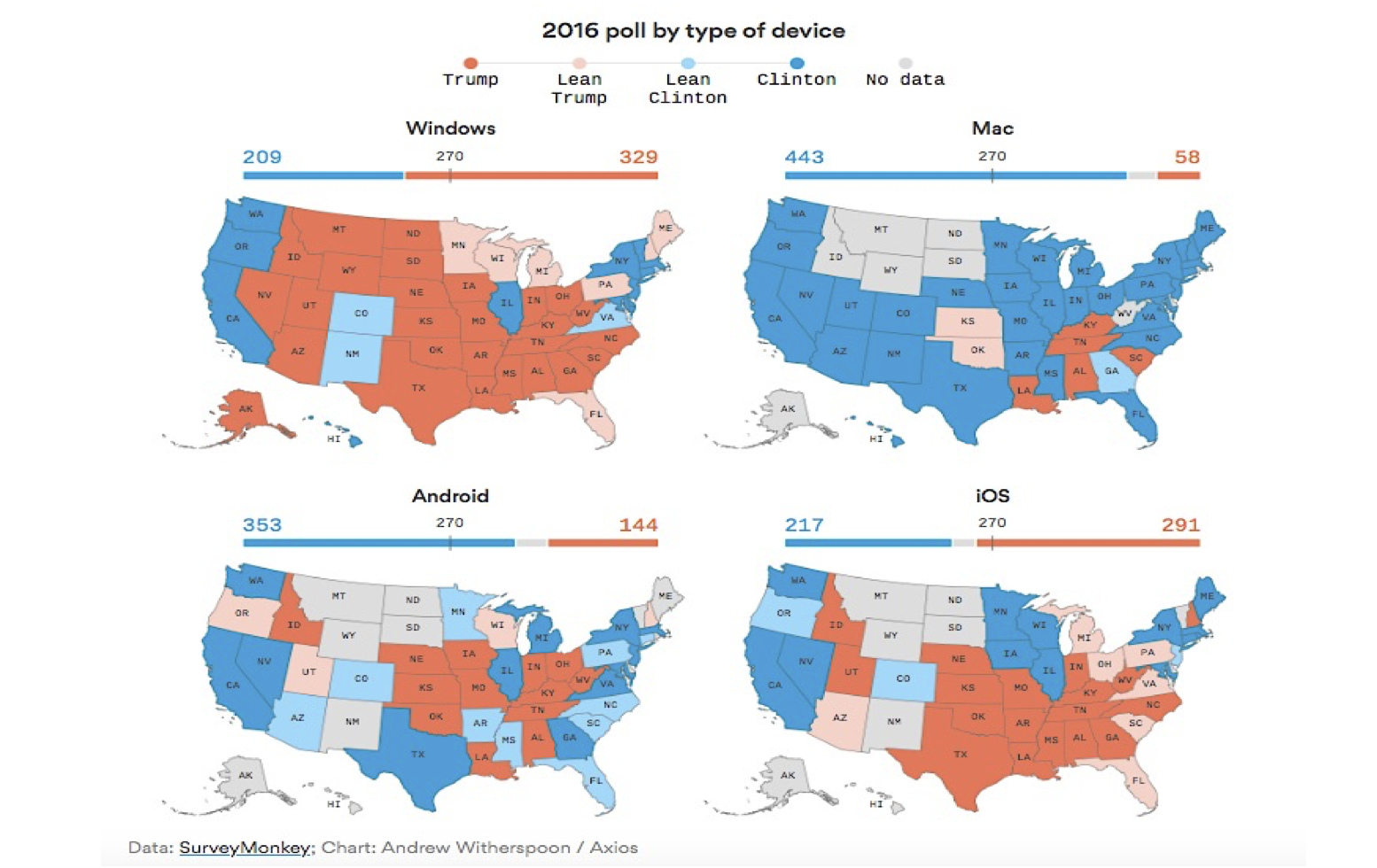 These results are a reminder that campaigns must focus on rapidly changing technologies and digital mediums when targeting voters.  Doing so will not only help build an accurate profile of targeted voters, but allow the campaign to reach them with a message and through a medium that is best suited to them.