According to Gallup tracking, American’s ideological identification has shifted since the first half of the year.  Today, 34% of Americans identify as conservative, down from 40% in February.  That 40% was the highest number of self-identified conservatives in Gallup’s tracking, and it was following President Donald Trump’s acquittal of impeachment charges and while unemployment hit historic lows. The decline in conservative identification began in March as the COVID-19 pandemic hit and has continued through the past two months. The number of Americans who identify as moderate or liberal has slightly increased over the same time, up to 36% from 34% and 26% from 22%, respectively.

The drop-off in conservative identification from February to today was seen as the strongest in adults in upper-income households (-11), middle-aged adults (-10), and those in the suburbs (-8). It remained somewhat steady with younger adults (only -3), non-Hispanic black Americans (-3), and those in big or small cities (-3). 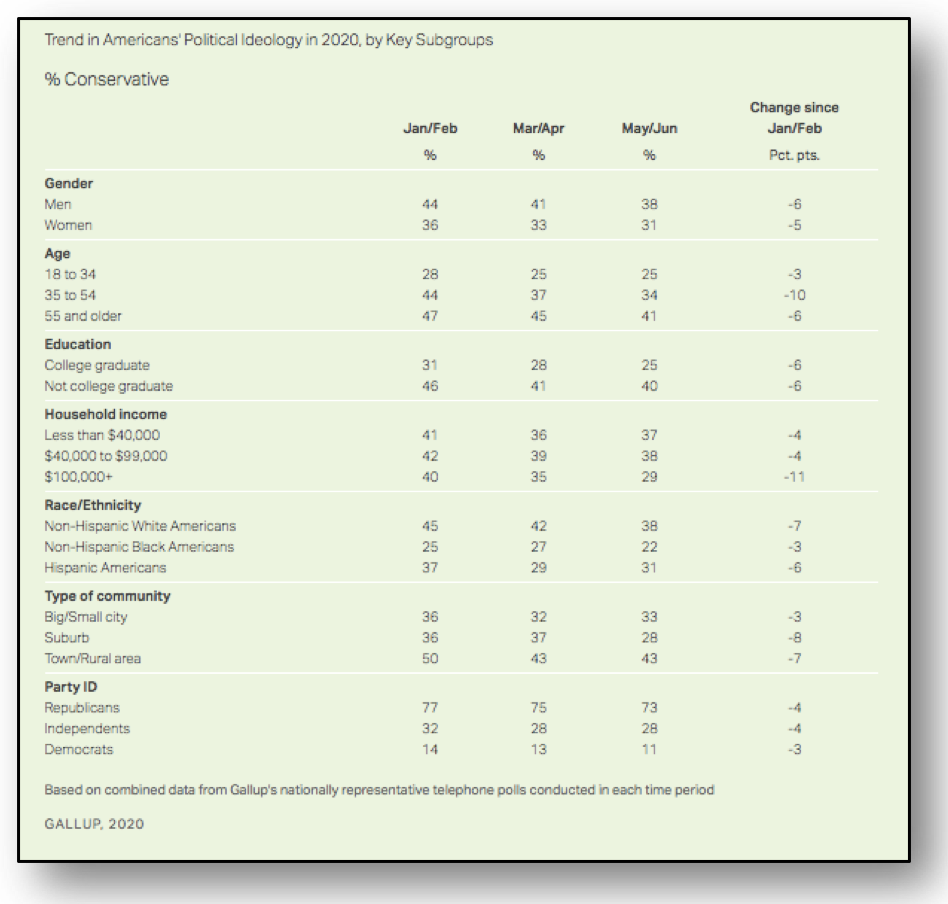 What does this mean for November? While there are still more self-identified conservatives than moderates or liberals, the downward shift should not be ignored, especially given the significant shift in the suburbs and among middle-aged adults. This does not mean GOP candidates must alter or shift their messaging or principles. It does mean their campaigns must be aware of voters who are frustrated or no longer identify as conservative and identify what issues they are focused on and reach them on issues they’re concerned with, be it COVID-19, education, health care, or the economy.