Friends & Politics – Do they mix? 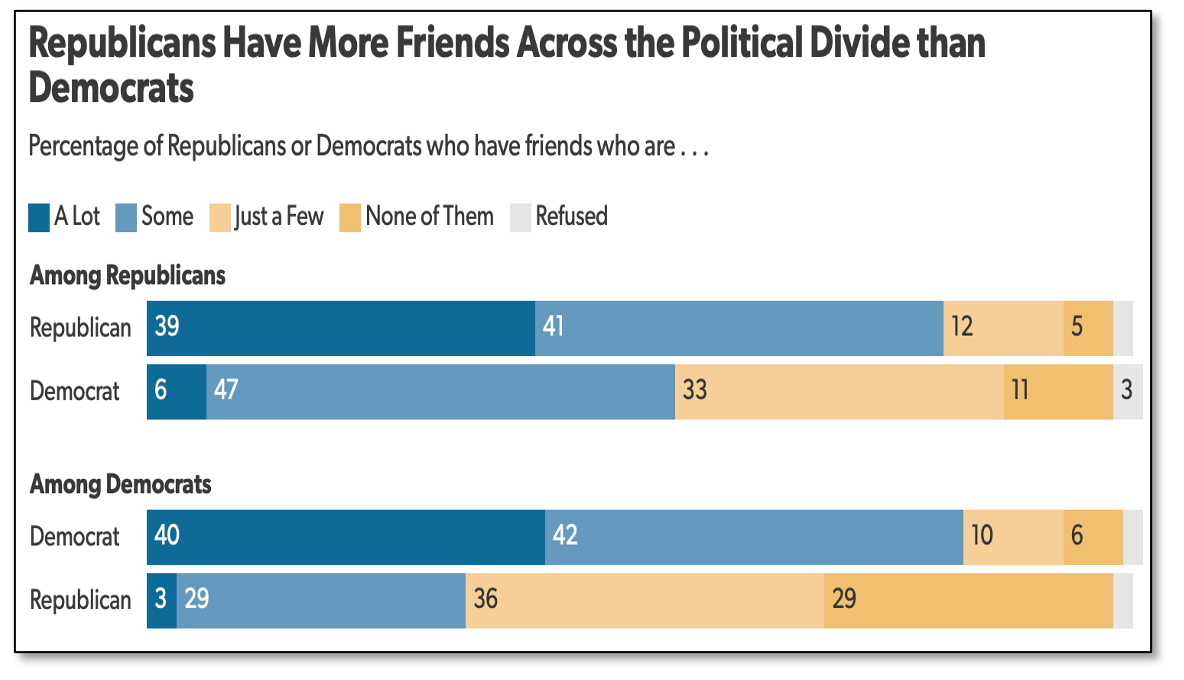 One key factor in an ended friendship: President Trump, cited by 22% of those who had broken a friendship over politics as the driving factor.  Democrats have spent over four years attacking Trump for dividing the country.  But if these numbers have any truth to them then Democratic hatred for the former president could be just as damaging to our public discourse.