Despite the growth in isolationist sentiments in recent years, Americans still believe the United States should play a leading role in world affairs.  However, the percentage of Americans who share this belief is at the second lowest level since 2001 when Gallup began tracking the question. 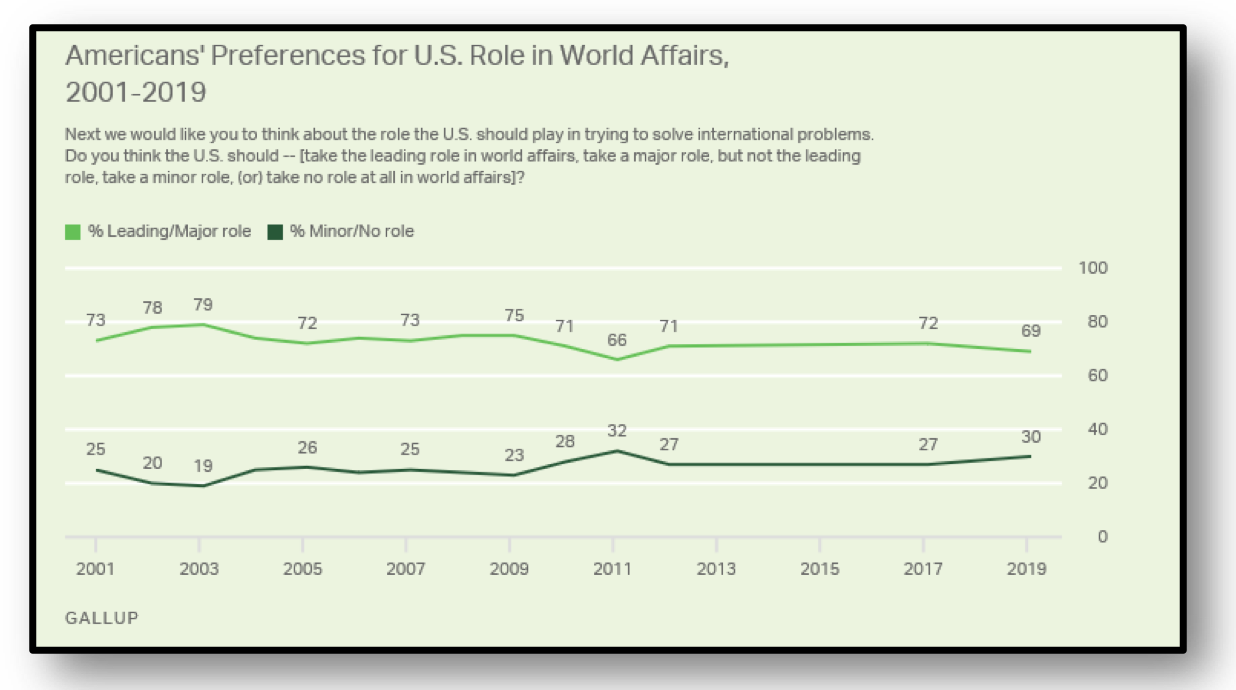 Americans’ opinions on other global powers have shifted over time as well.  Gallup tracking finds only 28% of Americans view Russia favorably today versus 72% who view Russia unfavorably.  Positive views were the highest in August 1991 (66%) and lowest in February of last year (24%).  Favorable views of China are at a 40-year low.  Only 33% of Americans have a favorable view of China now compared to 67% who have an unfavorable view.  The highest favorable rating of China was in February 1989 (72%).

The desire for the U.S. to play a smaller role in world affairs could be tied to Americans’  growing skepticism of adversaries, like China and Russia.  Focusing on bringing jobs and manufacturing plants to America instead of depending on China could encourage isolationist views.  However, Gallup’s tracking shows Americans do not want to relinquish the “world leader” title to other nations or want countries like China and Russia influencing global affairs at the expense of the U.S.