Monday marked President Donald Trump’s 200th day in office.  According to Gallup, 37% of Americans approve of the job the president has done thus far and 59% of Americans disapprove.  How does this compare to the job approval ratings of his predecessors at this point in their terms? 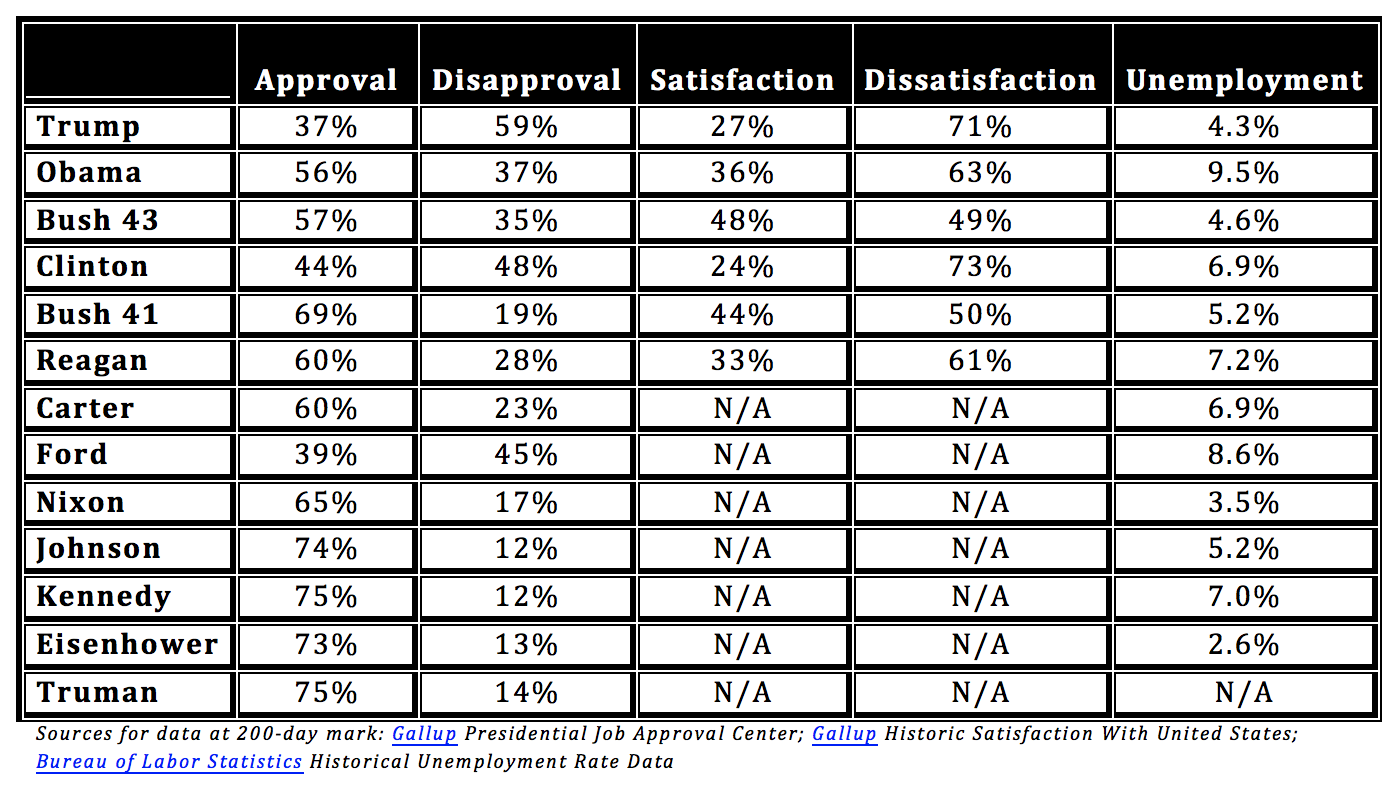 Mr. Trump’s ratings don’t appear related to the economy or views on the country’s direction, considering other presidents had higher ratings in similar environments.  Today 27% of Americans are satisfied with the way things are going in the country and 71% of Americans are dissatisfied.  This is comparable to Americans’ sentiment at this point in every president’s first year over the last thirty years.  Looking at the economy, the unemployment rate stands at 4.3% today.  Only Presidents Eisenhower (2.6%) and Nixon (3.5%) had better employment numbers.  Time will tell if Mr. Trump developed the message discipline that helps positive news – like how economy is improving under his watch – to break through and lift his job approval numbers.