What Voters Look For In A Vice President Pick

The 2020 Democratic Presidential ticket was set this week as Joe Biden announced Kamala Harris as his running mate. It was not a total surprise – she was thought to be the front runner after Mr. Biden said he would definitely choose a woman.  While Ms. Harris brings historic diversity to the ticket, what other qualities are voters looking for in a vice presidential candidate?

Ms. Harris’ background includes a number of the qualities voters focus on, namely law enforcement and legislative experience, youth, race, and political ideology.  That said, many studies show that a vice-presidential pick has minimal impact on the race. While Ms. Harris will likely energize the base – as shown in the $26 million raised within 24 hours of her announcement – she’s not likely to move the needle much. The race will still mostly come down to which candidate and party voters believe will better lead the country through the pandemic and rebuild the economy in its aftermath. 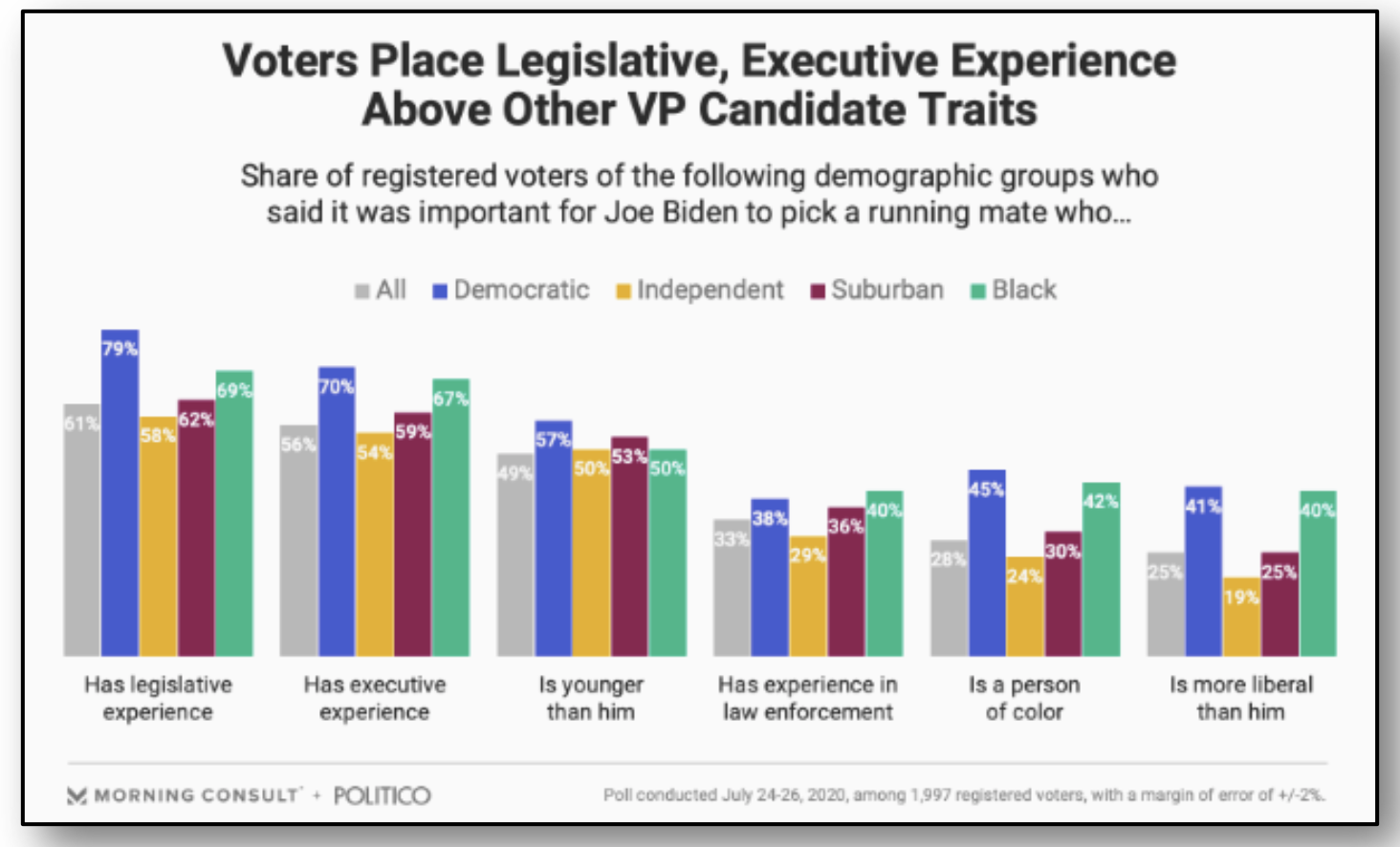