Republicans’ Standing In The Exurbs

The Wall Street Journal recently highlighted Gallup data that measured political preferences in exurban areas.  These are regions directly outside metropolitan areas where residents generally have more education and higher income than the national average.  These areas represent about 222 communities and 32 million people, according to the American Communities Project, and have reliably voted Republican since 2000.  In 2012, Mitt Romney won 58% of this demographic, while Donald Trump won 56% in 2016. 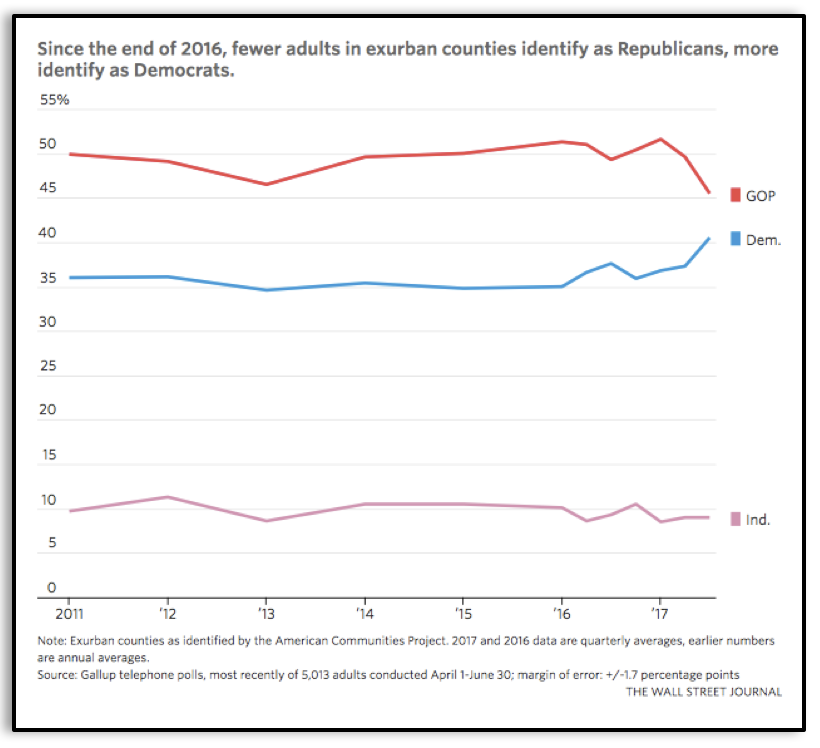