A new Axios/SurveyMonkey poll measured President Donald Trump’s job approval with five targeted groups that could be key to the midterms.  Overall, the president’s job approval rating is 45% with adults and his disapproval is 53%.  The poll breaks down results by rural voters, suburban white women, voters ages 18-34, African-American women, and “Never Hillary” Independent voters.  Mr. Trump’s approval rating is highest among rural voters (56% to 42% disapproval) and lowest among African-American women (12% to 85% disapproval).

It will be important to monitor the president’s standing with these groups over the next three months.  Rural voters are a big chunk of the Republican base, just as African-American women are a large part of the Democratic base.  GOP candidates must find issues and arguments to win over suburban white women and the “Never Hillary” Independents and not rely on the president’s standing alone. 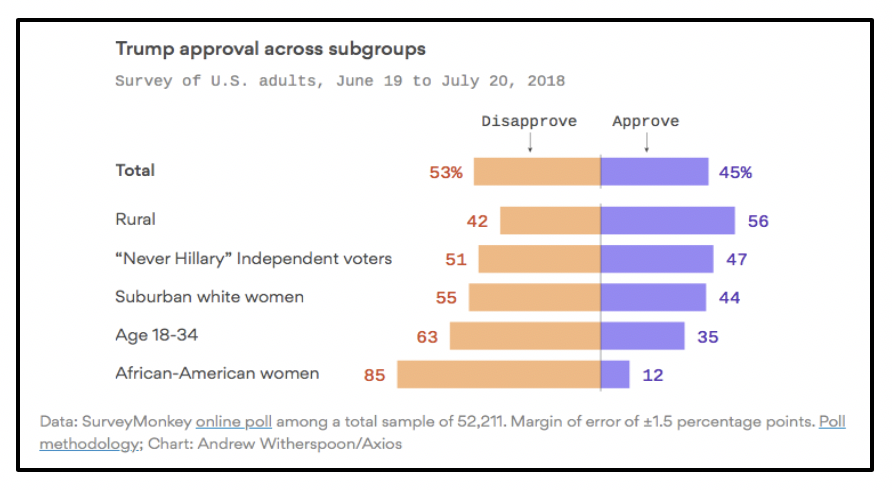