Americans were hyper-focused on the COVID-19 pandemic over the last few months and gave little attention to politics. However, Gallup found that American voters are now turning their eyes back to November and are not only paying attention; they are also getting excited to vote. According to Gallup, 71% of voters have given thought to the upcoming election, up from 59% who did at the start of the pandemic in April. 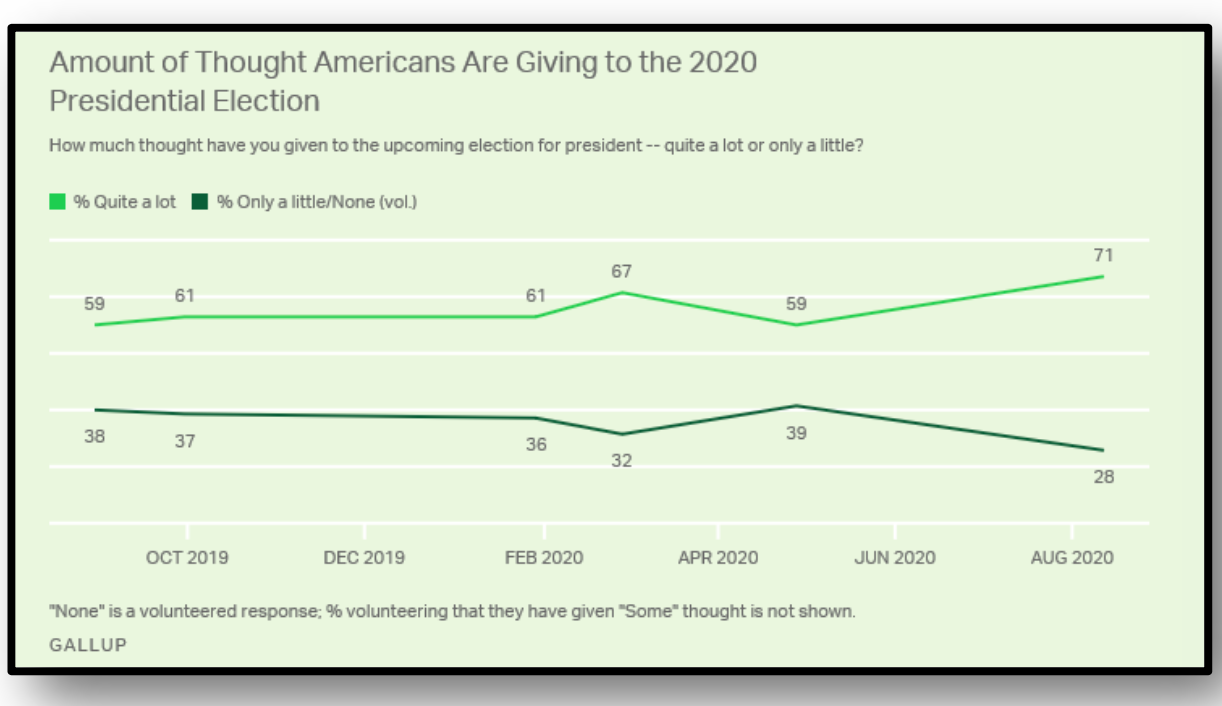 Voter enthusiasm is relatively high for the August of an election year. Sixty-three percent of Americans are more enthusiastic than usual about voting in 2020, up from 56% in April. Republicans hold a slight advantage, with 70% saying they’re more enthusiastic than usual compared to 64% of Democrats who say the same. This is a good sign for Republicans as the public reengages with non-pandemic news but isn’t a guarantee of election success. Republicans held the enthusiasm advantage in 2012 and 2016 as well, yet only won the presidency in 2016. 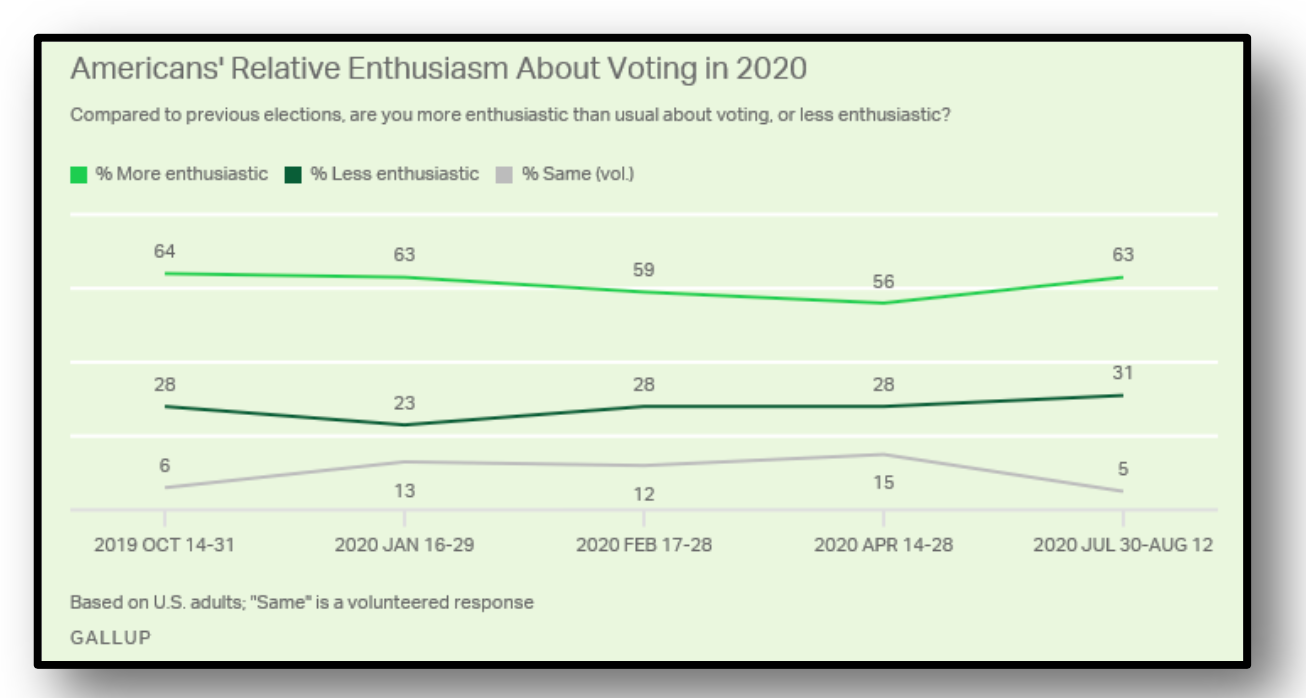