Political Engagement Among Democrats And Republicans

Democrats believe enthusiasm is on their side this election cycle, but time will tell whether #Resist political rallies translate into volunteers and votes.  Republicans must give their voters reasons to engage on more than social media, while also contributing, volunteering, and attending events. 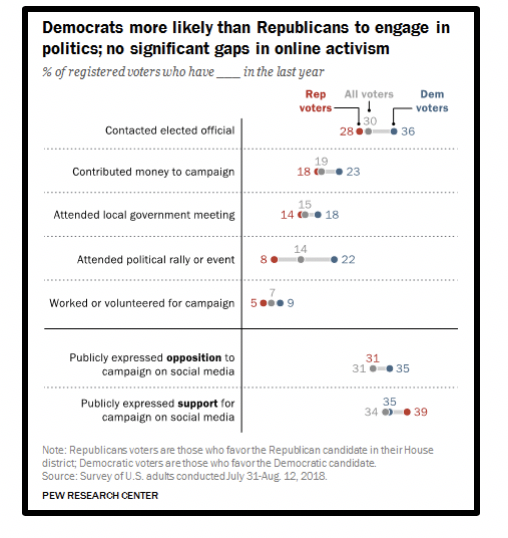