Looking ahead to 2018, the GOP has a chance to pick up five Democrat-held Senate seats in the Midwest (IN, MI, MO, OH, WI), and will need to defend a number of House seats in swing suburban areas like Northern Virginia and Miami.  Sixty-three percent of voters in the Midwest say it is running “very” (42%) or “somewhat chaotically” (21%).  Fifty-two percent of rural voters think the Administration is running “very” (30%) or “somewhat chaotically” (22%), while 61% of suburban voters say the same (39% “very;” 22% “somewhat”).  With the appointment of Gen. John Kelly as Chief of Staff, the president has a chance to reset he scene and reassure Americans that he is serious about governing.  Mr. Trump’s presidency and the GOP’s Senate and House majorities may depend on it. 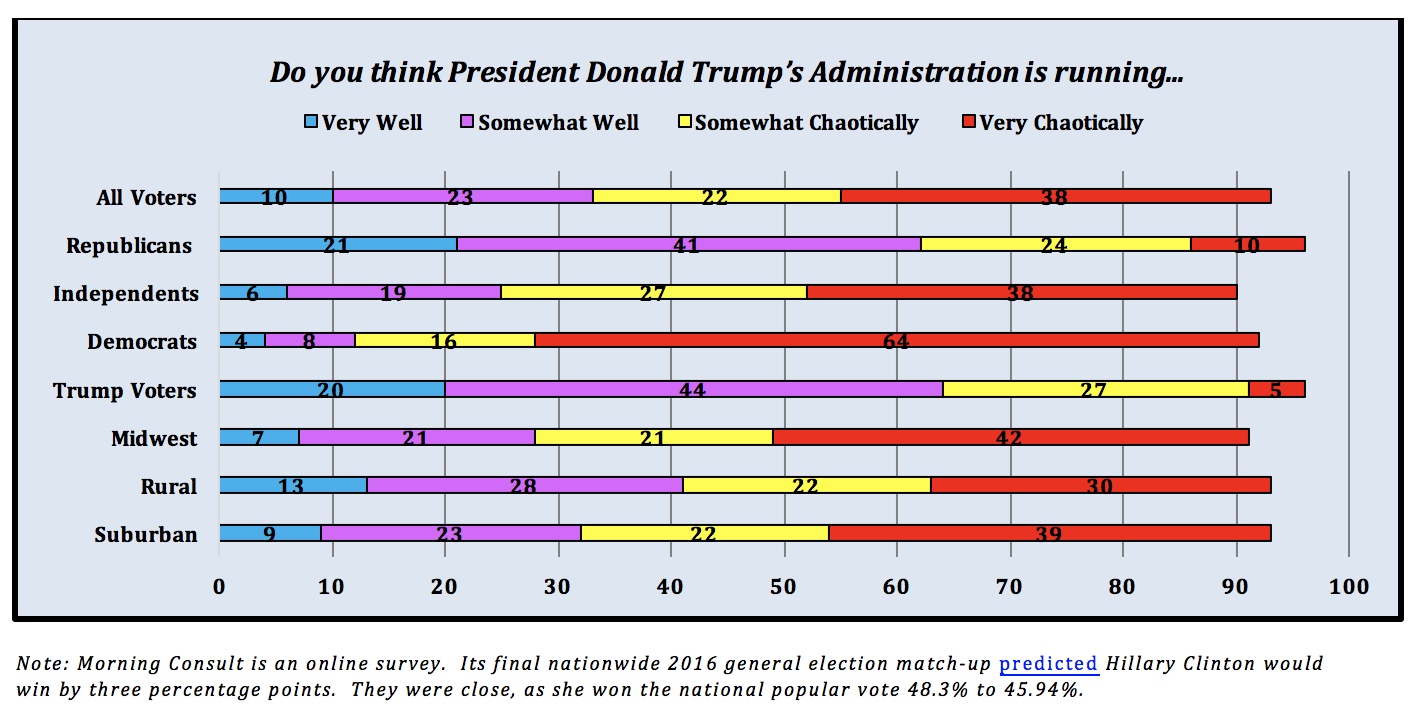