Most Republicans agree with President Donald Trump on the issues, according to a latest Pew Research poll, but most also have a mixed view of his conduct after seven months in office.  According to Pew, 69% of Republicans say they agree with Mr. Trump on many (38%) or all/nearly all (31%) issues facing the country today.  Only 30% of Republicans agree with the president on no/almost no (8%) or a few (22%) of the issues.  But while most Republicans support the president’s priorities, they are less approving of the way he has conducted himself as president.  Only 34% of Republicans say they “like the way Donald Trump conducts himself as president,” compared to 46% who “have mixed feelings about” and 19% who “don’t like” his conduct.

Republicans support the president on issues like tax reform and repealing ObamaCare, but are distracted by his tweets, outlandish statements and attacks on members of his own party.  It would serve his agenda well to scale back some of this behavior and focus more on bringing the party together to put wins on the board before the Midterm Election. 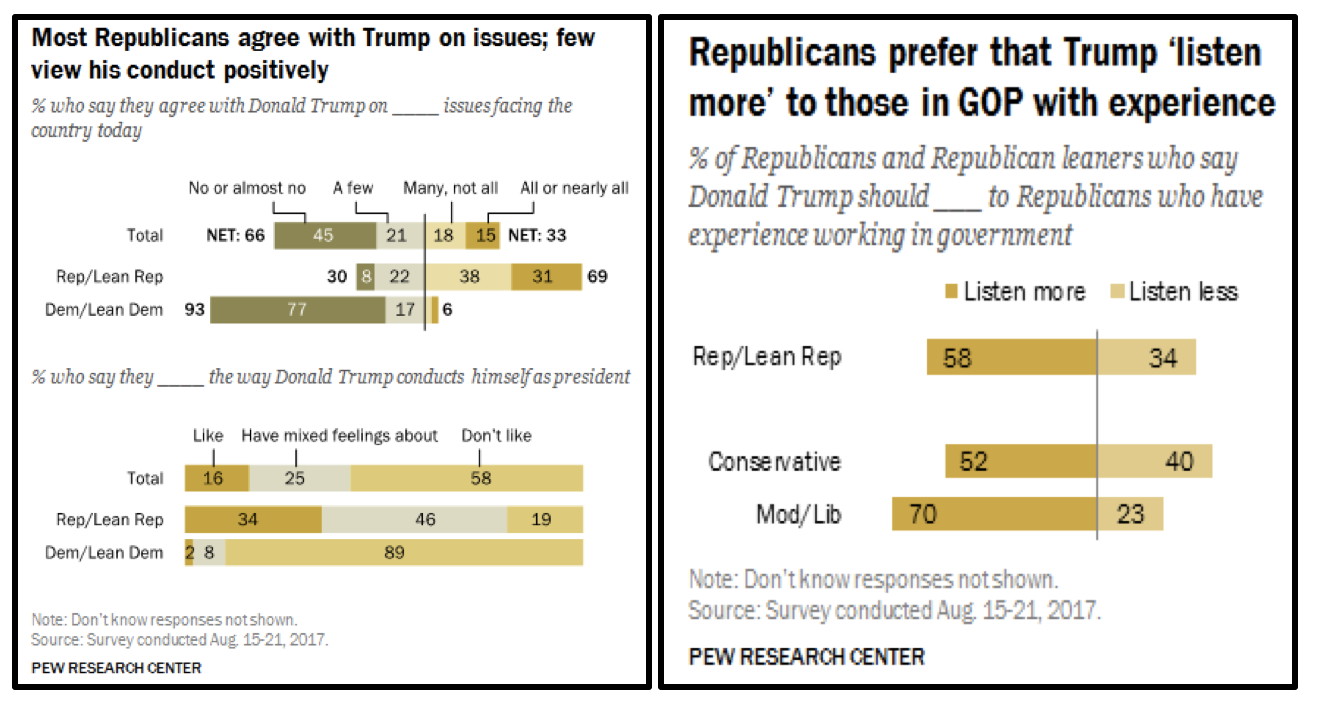