Pres. Donald Trump’s job approval rating on handling the economy after eight months in office is higher than that of most modern-day presidents at this point of their first terms. 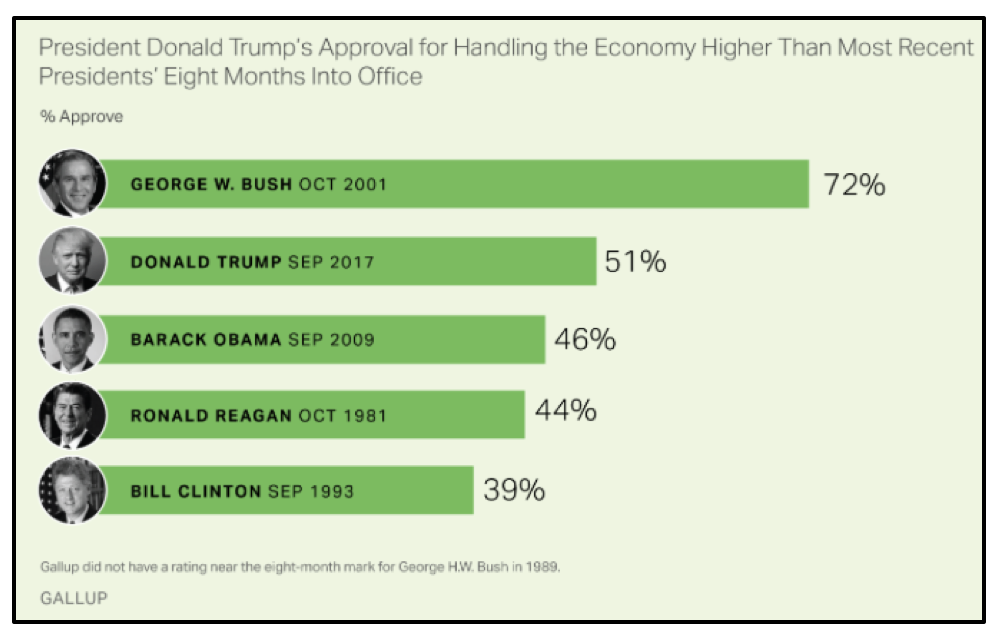 These numbers suggest Americans have confidence in Mr. Trump’s plans to cut taxes, reduce regulations and bring middle class jobs back to America.  Tax reform is his next big opportunity to not only deliver on a major campaign promise, but also perform on an issue where voters expect him to do well.  If he and congressional Republicans can achieve this, it could improve his overall job approval going into 2018 midterm elections and boost Republican candidates across the country.

Polling News
Is it too early to predict which states will decide the 2020 Presidential Election? Fivethirtyeight.com examined the Cook Political Report’s June predictions for the last four presidential elections to see how accurate they were five months out from the e...
Read More
Share on:
“
that’s another way to put it https://t.co/QdKd2reRrj
”