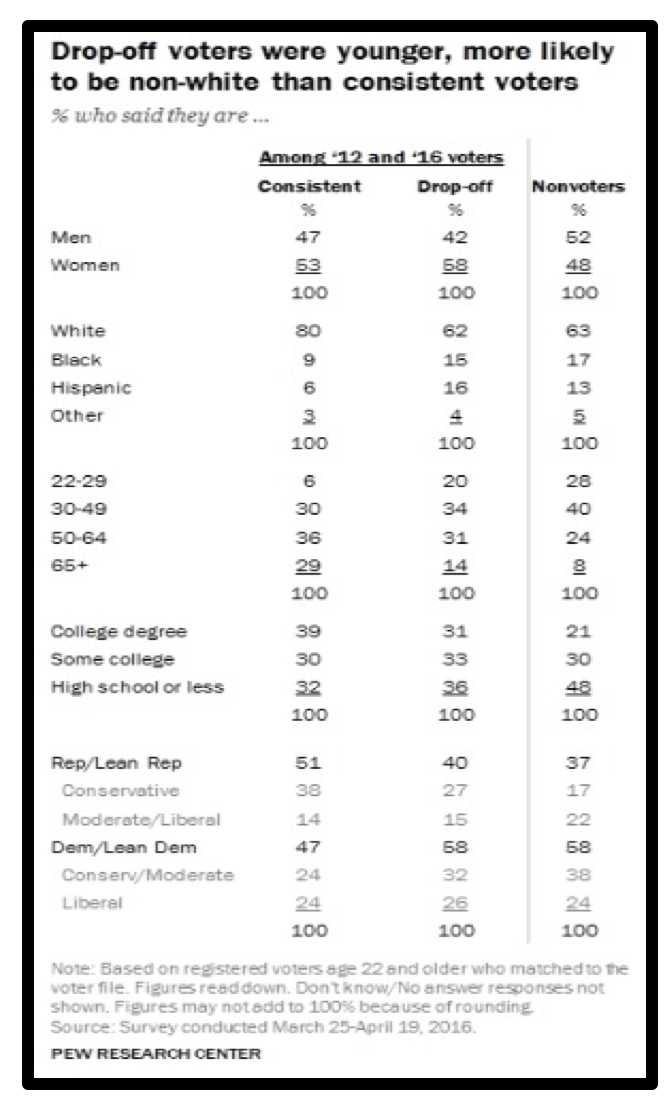 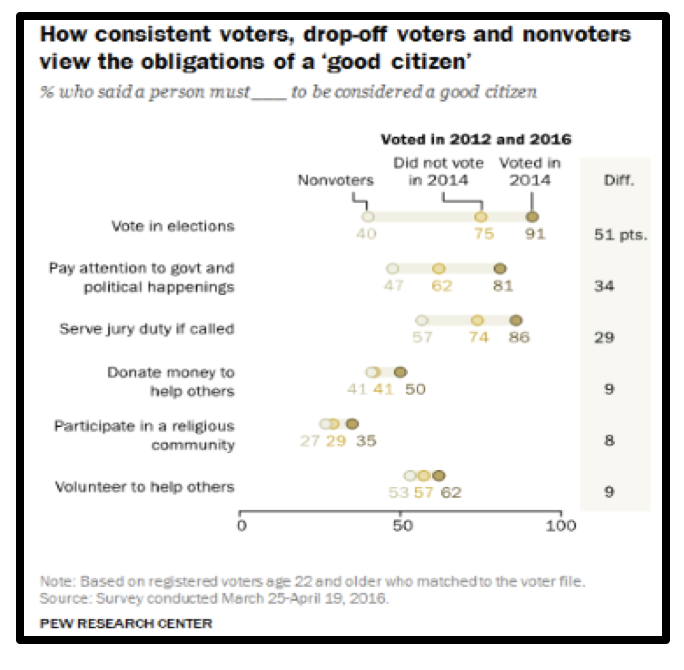 Seventy-five percent of drop-off voters say “a person must vote in elections to be considered a good citizen.”  This type of get-out-the-vote message can be effective in turning out drop-off voters.  “Social pressure” messages delivered in mail pieces, phone calls, digital mediums, and other ground efforts that remind low-propensity voters that it is their civic duty to vote can increase Election Day turnout by several points.  Identifying drop-off voters and effectively targeting them has the ability to change the outcome of a close race.