With just about 40 days until Election Day, the GOP’s position is strengthening as the election comes closer. A new poll from ABC News/Washington Post shows that voters are leaning more and more toward Republicans on both the general ballot, as well as on many important issues. 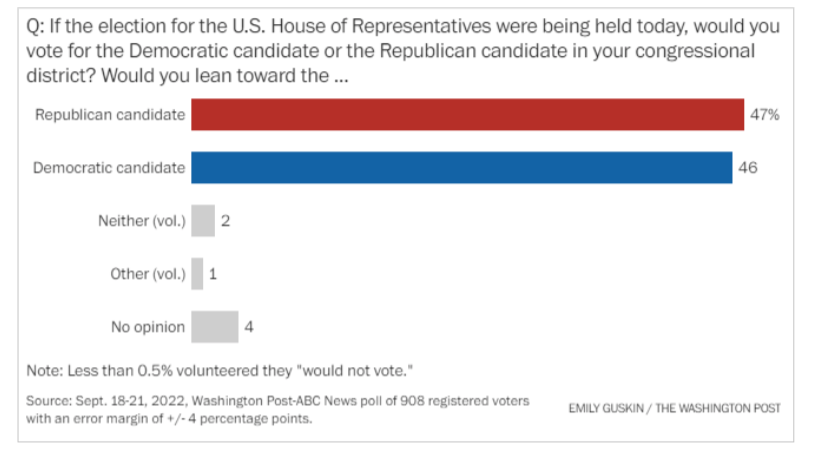 As the Biden Administration continues to fail to secure the southern border, Republicans hold a 45%-44% lead on that issue. Of particular note, Democrats once held a commanding lead on education and schools among voters, but now have only a single point advantage at 44%-43%. This decline is likely due to the increased focus on education fostered by COVID lockdowns and remote education, which brought curriculum to many parents’ attention, culminating in the issue becoming a top messaging issue among GOP candidates.

Republicans lead on a number of issues, with the GOP being trusted by double digits over Democrats on the economy, crime, and inflation. Regardless of the Republican lead on the generic ballot, nothing can be taken for granted. Winning the trust of voters on issues they care about and continuing to message a solution-based agenda on these issues is the strongest way for Republicans to ensure they see a GOP wave in six weeks.