After weeks of “will he, won’t he,” Joe Biden launched his campaign for president.  Though many have rightfully questioned his viability in today’s far-left Democratic party, a Fivethirtyeight.com analysis found even non-Biden voters believe he would be the strongest in a General Election match-up against President Donald Trump.  The average difference in two recent state polls between the share of Democrats who said Biden was their first choice and those who said he had the best chance of winning was +8 points.  The only other candidate who had more voters say he had a better chance of winning was Robert Francis O’Rourke (+0.5-point difference). 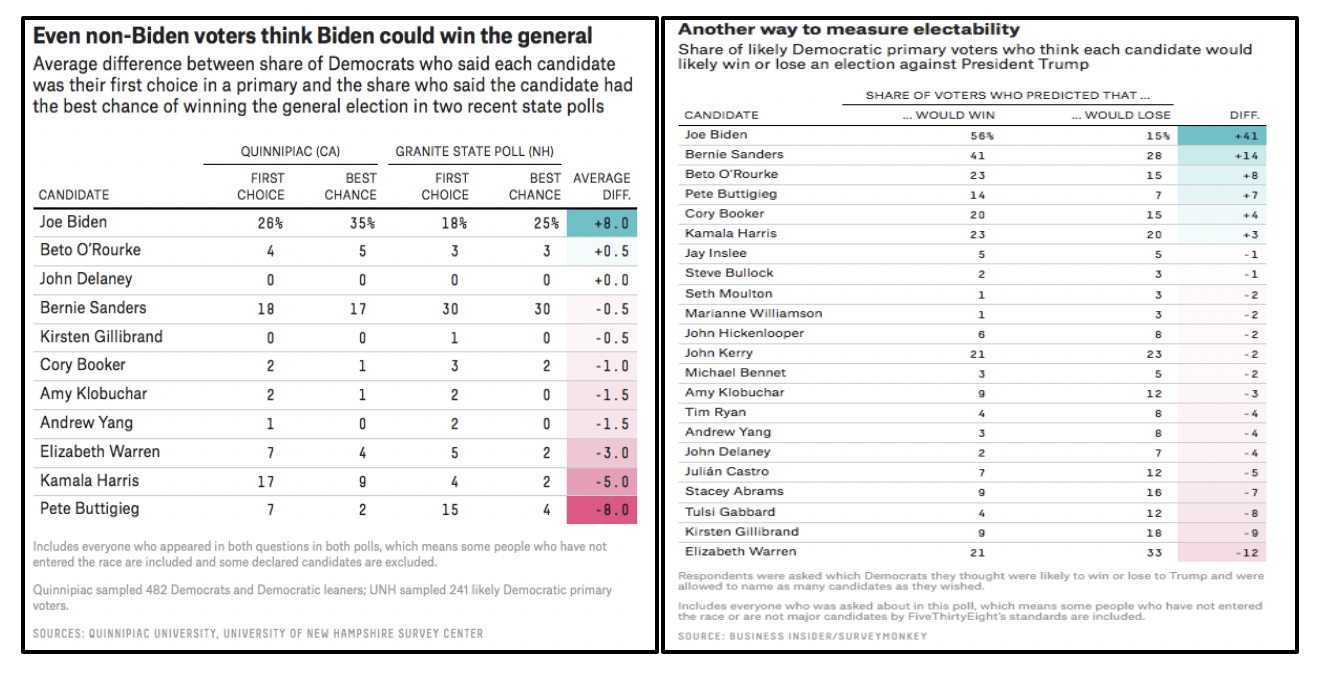 National polling also puts Biden on top as most electable.  Fifty-six percent of Democratic primary voters said Biden would win, while 15% said he would lose.  Bernie Sanders is a distant second, with 41% of voters saying he’d win and 26% saying he’d lose.  O’Rourke is in third place with 23% of voters believing he could win and 15% saying he would lose.  Pete Buttigieg (+7), Cory Booker (+4), and Kamala Harris (+3) are the only other candidates who have more people saying they can win compared to those that said they will likely lose.

The “electability” argument is a valid one in such a large primary field, and one Democratic candidates should not take for granted.  In August 2015, then-candidate Trump was viewed as the “most electable” to 26% of Republican primary voters, according to a CBS News poll.  Jeb Bush was a close second (23%), and Scott Walker was third (8%).  It will be up to Joe Biden and his campaign to demonstrate whether he will prove this argument correct like Trump did, or fail to do so like Bush and Walker did in 2016.