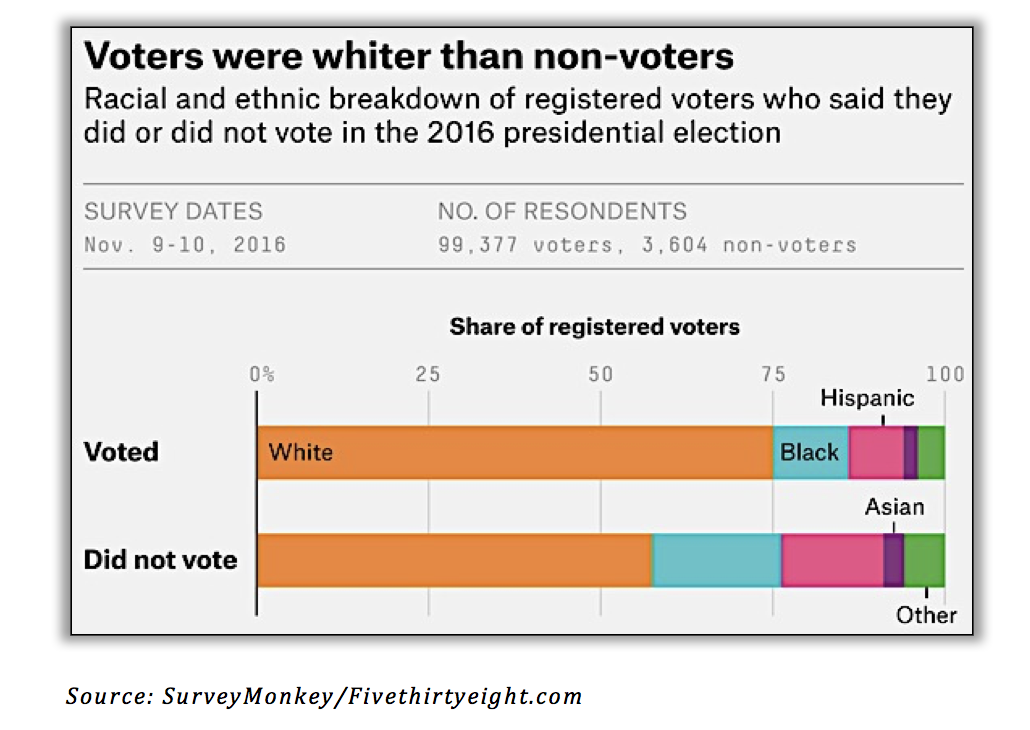 Why did these voters stay home?  They said they didn’t like the candidates.  As FiveThirtyEight.com points out, many of these should have voted for Mrs. Clinton; if they had, she would likely have won but her campaign failed to give them a reason to do so.