President-Elect Donald Trump’s victory on Tuesday consisted of states that have not been in the Republican column in recent years.  As final vote counts are certified, it is important to look at which states were closest and how they may change the future political landscape.

In particular, Mr. Trump’s victories in Pennsylvania, Wisconsin and Michigan are impressive achievements. Republicans can look to those states, as well as ones where he was close – New Hampshire, Minnesota, Nevada, Colorado, and Maine – for further gains in state and federal elections.  As Democrats consider their predicament, they may look at  states like Georgia and Arizona where they reduced the historic GOP advantage this year. 2016 has been a unique and surprising cycle. Republicans not only won the White House and held the Senate and House. They now have an opportunity to strengthen the GOP in states that they have lost for decades in battles for the White House. 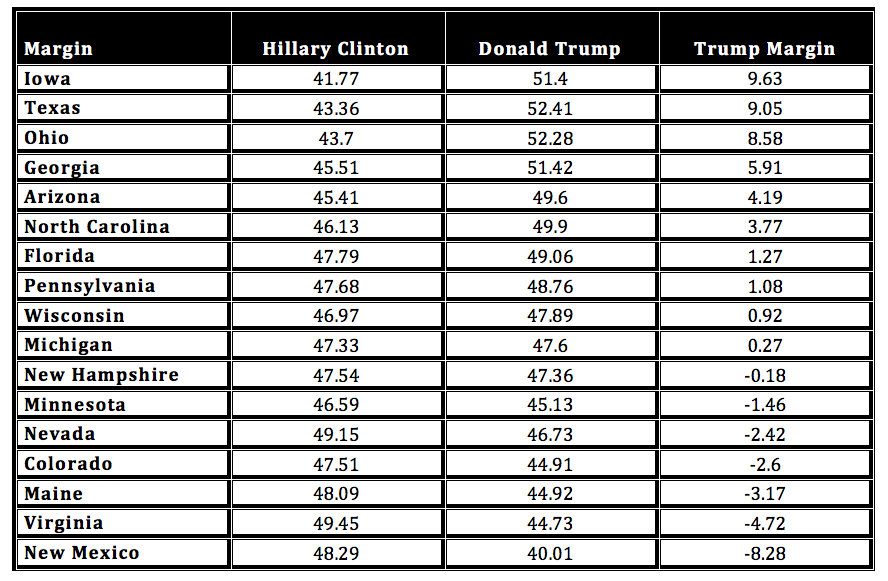